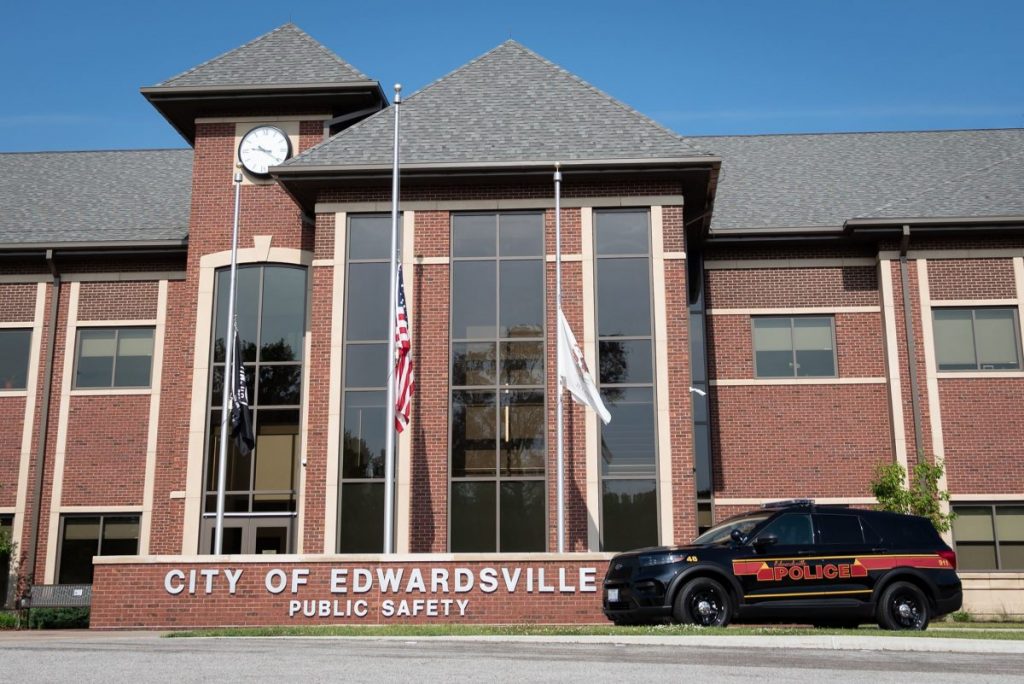 The Edwardsville Police Department is marking 150 years of serving the community.

The milestone will be acknowledged at the City Council meeting Tuesday, Dec. 20, with a presentation by Police Chief Michael Fillback that illustrates how the department has evolved.

“Looking out for and keeping our community safe is one of the most essential services a City can provide,” Mayor Art Risavy said. “As a City we are proud of the men and women who have served us throughout the years with such dedication, professionalism and compassion.”

The Police Department was officially established in December 1872 – 54 years after the City was incorporated.

As the City of Edwardsville has grown, so has its police department. It now includes a chief, deputy chief, three lieutenants and six sergeants; 30 patrol officers; 10 telecommunicators; 3 community service officers; a records manager and two records clerks.

“A well-trained and professional police department contributes significantly to the growth of any community and over the years our staff have played a vital role in making our community a safe place to visit, work, learn, and raise a family,” Fillback said.

The department previously relied on literal horsepower (horse and buggy) to help carry out its duties; now, it’s a technology-driven operation from communications to cameras to hybrid vehicles.

The department is in its fifth location in the City – the state-of-the-art Public Safety Building at 333 S. Main Street opened in 2017 and also serves as the headquarters for the Edwardsville Fire Department.

Fillback said the department’s sworn personnel and support staff are proud of not just their work, but their community outreach efforts.

Among their activities are Christmas with a Cop, which supports children and families in need over the holidays; and Special Olympics, which provides a sports showcase for children and adults with intellectual and physical disabilities.

The department also hosts community forums along with sessions for residents to gain hands-on insight into how police work is done in Edwardsville. A Citizens Police Academy is set to begin in mid-January for adults, while the Youth Academy and Police Explorers programs offer periodic opportunities for younger ages.