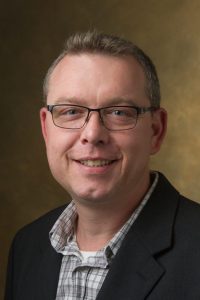 “Gunfire alerts by such systems enable police to respond faster and to a more precise location of gunfire,” said Mares. “The guide examines how agencies implement gunshot detection systems and provides insights to agencies interested in implementing their own systems and initiatives. In addition, the guide pays particular attention to best practices in responding to and investigating gunshot alerts.”

With a majority of gunfire going unreported by the public, the technology is on track to become standard in large police departments. The technology is relatively new in law enforcement settings and research on the systems is limited on the extent to which gunshot detection may reduce gun violence and improve investigative success.

“I hope that the guide helps police agencies understand the pros and cons of gunshot detection,” Mares added. “But most of all, I hope that agencies who use the technology develop evidence-based strategies to evaluate its impact.”

Gunshot detection systems have been implemented in parts of St. Louis in efforts to reduce gun violence in the region. Mares has conducted several evaluations of gunshot detection systems with the St. Louis Metropolitan Police Department. The results from those evaluations indicate that the implemented system was not associated with significant reductions in gun violence but did reduce police response times.

“It is important to point out that gunshot detection is not without controversy,” Mares concluded. “Gun violence remains a problem primarily for disadvantaged and communities of color, but they also have most to gain from gun violence prevention. This must be done in a way that is sensitive to their needs with careful understanding of any negative consequences of such efforts.”

Mares will be presenting the guide at an upcoming webinar at 1 p.m. Tuesday, Dec. 6.

To register for the webinar go to events.r20.constantcontact.com/register/event?oeidk=a07ejgwu8k075b68c11&llr=yzmp96wab.