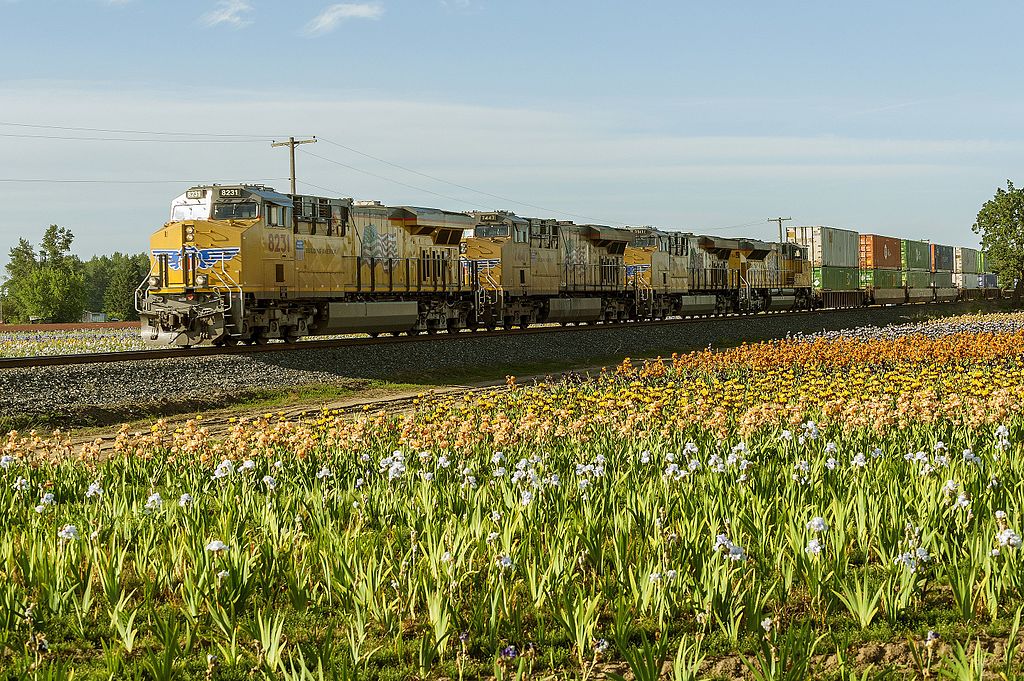 Union Pacific Railroad has a long history of shipping goods all over the country since its first tracks connected the eastern half of the U.S. to the West Coast.

The transcontinental railroad was completed with the implementation of the “golden spike” in Utah in 1869, connecting San Francisco to New York and forever transforming the use of rail as a key form of transportation.

Fast forward to 2022, and Union Pacific connects 23 states, major ports and serves all six gateways to Mexico and is also connected to Canada, providing agriculture and other industries with access to markets around the world.

The supply chain, of course, was severely tested in recent years due in part to constraints related to the pandemic, subsequent labor issues and high fuel costs. But Union Pacific maintains a solid track record despite all that and the recent threat of a worker strike.

Bulk shipments on the line increased so far this year. Coal represents 41 percent of those shipments, followed by grain (40 percent), fertilizer (10 percent) and food and beverages (9 percent) among other products.

“Bulk (shipments) are up 4 percent led by coal and renewable diesel,” Heisterkamp said. “Drought conditions in the Midwest are going to make it tough to be comparable (to 2021) for grain. Exports were really good last year.”

Some of the grain shipments on rail shifted this year from export destinations to regional movements, she noted. Demand for rail cars for grain also increased recently due to low water levels on key rivers, particularly the Mississippi, thus hampering barge logistics of late.

“We’re seeing a favorable demand environment as we finish the year,” said Heisterkamp, who noted UP moved 2 million rail cars for bulk shipments in 2021.

Union Pacific typically transports about 1.3 billion bushels of grain annually. Exports typically account for 30 to 40 percent of those shipments.

Ethanol shipments are also a key part of its business with its tracks connected to 51 plants that produce the renewable fuel.

Looking ahead, Heisterkamp sees increased opportunities to ship renewable diesel by rail. U.S. production of that fuel is projected to reach 6.5 billion gallons by 2025.

Union Pacific, one of the largest users of diesel fuel in the country, also plans to boost the use of renewable diesel for its locomotives from 4 percent to 20 percent by 2030.

The rail company has also seen a rise in demand to ship components for wind turbines, which Heisterkamp believes is a safer and more efficient way to transport turbine blades, which can be as long as three football fields, compared to moving them by truck.

Rail shipments are about four times more efficient than transporting products via truck, she added.