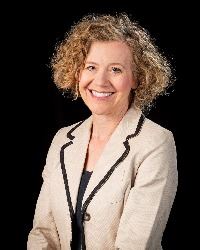 Edwardsville Alderman Elizabeth Grant was among area leaders who took a cross-country flight as part of a demonstration of the essential partnership between communities and U.S. military installations such as Scott Air Force Base.

Grant was among regional officials who flew aboard a military aircraft from Scott Air Force Base to Joint Base Charleston in South Carolina for two days of meetings on Nov. 8 and 9, 2022.

“Partnering with the U.S. Air Force to understand the economic impact that military installations and municipalities have in our surrounding communities was the focus of the conference,” she said. “I was very impressed with the positive exchange between military personnel and municipal leaders.”

Joint Base Charleston is one of 12 Department of Defense joint bases, and host to over 60 federal agencies. It is home to the 628th Air Base Wing, which provides support to a total force of over 90,000 Airmen, Sailors, Soldiers, Marines, Coast Guardsmen, civilians, dependents and retirees across four installations including the Air Base and the Naval Weapons Station.

The civic leader tours are held to provide a first-hand understanding and appreciation for Scott Air Force Base’s joint operations, the critical role the base plays in national security, and the impact it has on the local economy and community engagement.

“I was proud to represent Edwardsville and meet our military leaders at Scott Air Force Base and Joint Base Charleston,” Grant said.