By BRANDON WELLS
For the Illinois Business Journal 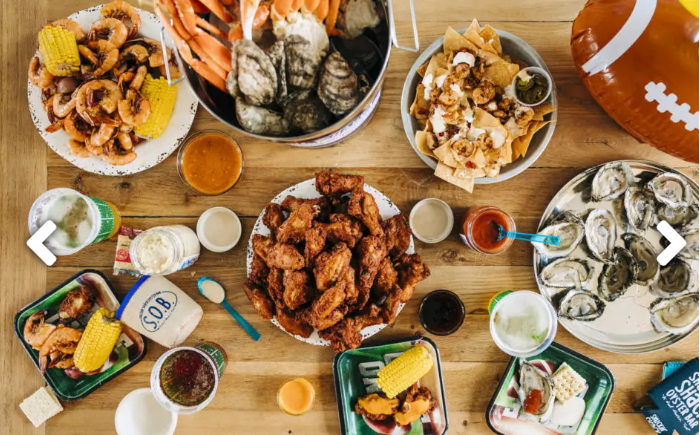 Contractor-turned-franchisee Hunter Yung is partnering with his wife Shannon Yung in becoming the owners of the soon-arriving Shuckin’ Shack Oyster Bar at Meridian Plaza, as part of the 44-acre development at the southeast corner of Illinois 157 and Meridian Road. It will be the first location in the St. Louis region for the popular dining franchise brand.

The Shuckin’ Shack Oyster Bar is a North Carolina company that started at Carolina Beach in 2007 but later started to franchise in 2014.

The sports bar itself offers a wide variety of different seafood options such as its namesake oysters as well as chicken wings and salads.

Having built many different restaurants as a project manager, Yung said this is something similar but also different from what he has been doing for a large part of his life.

“This is a new venture for us, but it’s something that kind of fits with what I’ve been doing for the past 20 years, so we’re pretty excited about it,” Yung said.

Prior to this, Yung said some larger franchises such as Buffalo Wild Wings and Olive Garden were some of his largest clients. He said he had also helped build one of the Shuckin’ Shack locations, which helped him decide on this path after he met with the CEO and one of the co-founders.

After meeting the people who started the franchise and eating at one of the locations, Yung said the East Coast vibe is what drew him in. Yung said the feeling that it wasn’t just another franchise location when he dined at the Sommerville, South Carolina, location sold him further.

“Matt Piccinin, the co-founder, he surfs. A lot of the videos that are running in the restaurant will be kind of surf-style,” Yung said. “With Shuckin’ Shack there’s going to be something for everybody.”

Due to the type of menu items Shuckin’ Shack offers, Yung said he sees a demand for a restaurant like it to offer a wide variety of seafood options, particularly oysters, which is something that isn’t touched upon much in the region.

Like every restaurant, Yung said the staff is the key for him, and that the kinds of relationships he wants to build with them are something he’s looking forward to.

“When we’ve built restaurants — and that’s what I’ve specialized in over the last twenty years — it is kind of amazing watching when the ownership comes in, the trainers come in, and the staff cultivate a relationship with the customers,” Yung said. “With any restaurant I think that’s a major goal to shoot for and that’s what we’re going to do.”

Due to working with his wife for their contracting business before, Yung said he’s figured out the kind of teamwork they need to have to be able to run a business after they’ve come so far from their original careers. He said he’s also prepared to face the new challenges that come with this with his wife as well.

Yung said the agreement he has is to build three stores for Shuckin’ Shack, but that the Glen Carbon one is going to take focus until he gets the location on its feet. For the other locations, Yung said he is looking at O’Fallon, Illinois and in St. Charles County, but it is not set in stone.

Currently, Yung said the date he’s hoping to have the Glen Carbon location open by the Summer of 2023, but that this could change if he feels that it needs more time.

More info about Shuckin’ Shack can be found online at www.theshuckinshack.com.

(EDITOR’S NOTE: This story also appears in the November 2022 print edition of the Illinois Business Journal.)