Here are the results for the 2022 general election in Madison County, as reported by the Troy Times-Tribune:

Two seats on the Madison County Board that represent districts that include areas of Troy and Glen Carbon were up for grabs Tuesday.

Stacey Pace, a Republican, will retain her seat in Madison County Board District 2, which includes much of Troy. Voters supported Pace over Democrat challenger Charles “CJ” Metheny, by a sizable vote margin, 2,741 to 1,440, or 65 percent to 34 percent.

In the Madison County Board District 26 race, which includes Glen Carbon, Republican Jason Palmero, by a much closer margin, defeated Democrat Collin VanMeter. Unofficial results in that race show a margin of 51.21 percent for Palmero and 48.79 percent for VanMeter, 2,078 votes to 1,980.

Collinsville residents will retain home rule status following overwhelming voter support. Those in favor of home rule reflected more than 72 percent of votes to about 28 percent in opposition. Total vote counts were 5,442 to 2,106.

While it has no legal bearing, voters also overwhelmingly supported choosing county judges across the board, as opposed to only those running in subcircuits put in place by the Illinois General Assembly.

The judicial advisory question placed on the ballot by the county board showed more voter support than any other on local item the ballot, with 82,018 of voters choosing to elect all three judges, as opposed to 11,679 favoring the current subdistrict structure.

Another non-binding ballot question asked if tax-supported libraries and schools should promote drag queen events to minors. Voters chose no by a margin of 69 percent to 31 percent, or 3,918 votes to 1,741.

For the Illinois 56th District Senate seat, Democrat Kris Tharp was defeated by Erica Harriss in a fairly close race. Harriss garnered just over 52 percent of the vote to Tharp’s just under 48 percent. The district includes several cities and areas of Madison County.

In the Illinois House of Representatives District 111 race, incumbent Amy Elik beat Democrat challenger Joe Silkwood by a margin of about 13 percent. Elik received in total 19,823 votes to Silkwood’s 15,173, or 56.6 percent to 43.4 percent The district includes Alton, Wood River and Pontoon Beach to Granite City.

In the District 112 state house race, one of the only Democrat victories in Madison County happened when Katie Stewart kept her seat. She overcame Republican Jennifer Korte by about 1,800 votes, 13,588 to 11,735 for Korte. The 112 includes parts of Edwardsville, Glen Carbon, Maryville and Collinsville. 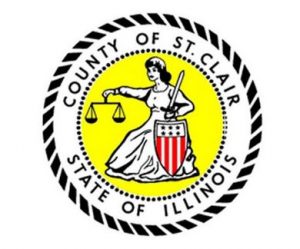