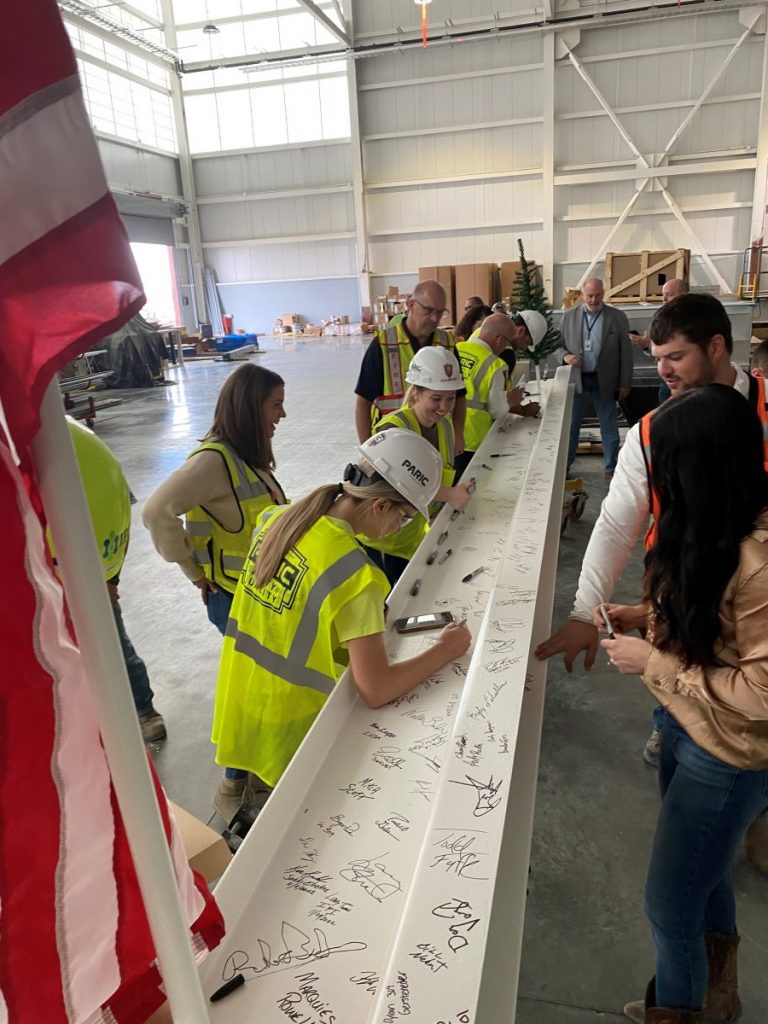 The recent topping-out milestone of Boeing’s new manufacturing facility at MidAmerica St. Louis Airport keeps the construction project on schedule for completion in 2024 when the company will begin production of the U.S. Navy’s newest carrier-based aircraft.

The $200 million facility initially will employ approximately 150 mechanics, engineers and support staff who will build the MQ-25™ Stingray,™ the Navy’s first operational, carrier-based, unmanned aircraft. Employment could reach up to 300 with additional orders.

About 3,450 tons of steel are being used in the buildings, almost four times as much steel as used in the National Park Service’s Gateway Arch at St. Louis.

The state-of-the-art manufacturing began with the company digitally engineering the entire new aircraft and its systems, resulting in high-fidelity models that are used to drive quality, efficiency and flexibility throughout the production and sustainment process.

The new facility will include state-of-the-art manufacturing processes and tools, including robotic automation and advanced assembly techniques to improve product quality and employee ergonomics.

The Navy and Boeing have been flight-testing the Boeing-owned MQ-25 test asset from MidAmerica St. Louis Airport over the last two years.

PARIC, an innovative general contractor, construction manager and design-build firm, was selected to build the facility.

PARIC focuses on building excellence while also building answers to the special challenges impacting their customers’ operations. With teams in St. Louis, Kansas City and throughout the Midwest, PARIC manages construction projects ranging from industrial facilities and hospitals to universities, multi-family housing and the renovation of historic buildings. 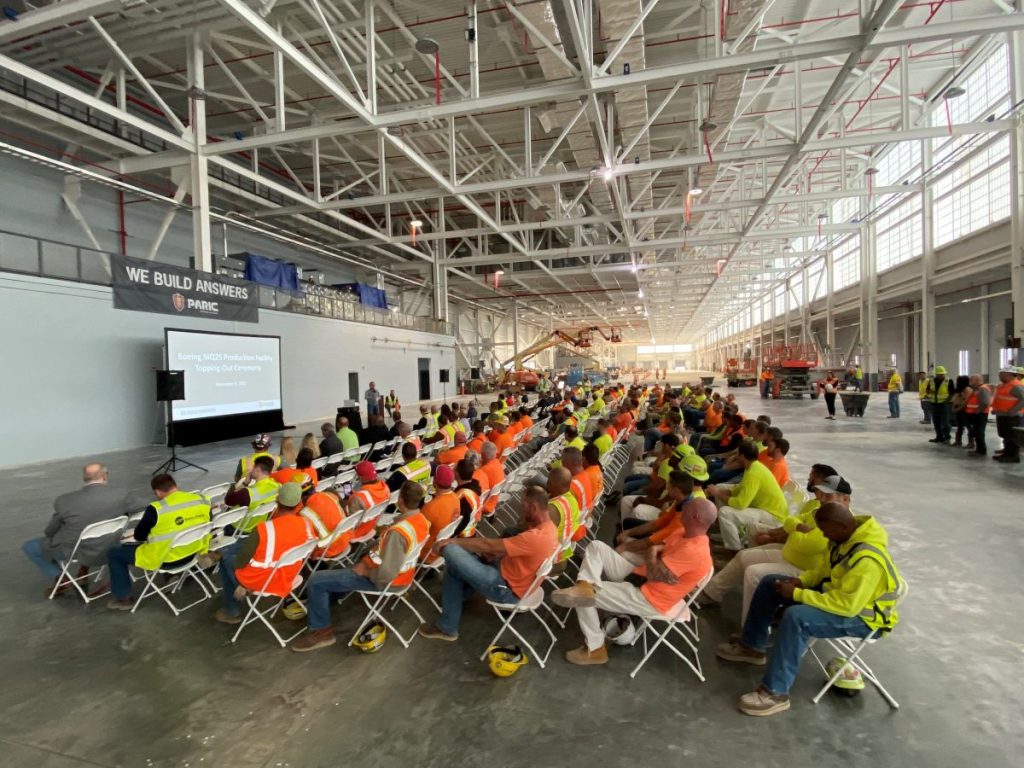