OSF expert agrees with the American Association of Sleep Medicine’s call for a standard time, to eliminate moving the block back and forth for Daylight Saving Time. 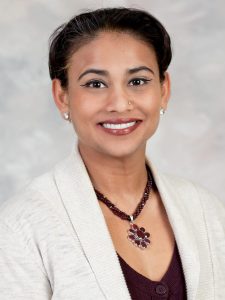 Most of us like the idea of turning back time, figuratively … but not so much literally. Some people relish the idea of turning back clocks one hour, marking an end to Daylight Saving Time (DST) which officially happened at 2 a.m. this past Sunday. But, if given the option, a new study reveals a majority of adults (66 percent) support the elimination of seasonal time changes in support of a national, fixed, year-round time.

The American Association of Sleep Medicine (AASM) study included more than 2,000 US adults.

The ending of daylight saving time means that the sun will be out earlier in the morning and the evenings will get darker sooner. OSF HealthCare Clinical Director of Sleep Medicine Dr. Kaninika Verma says research shows most people don’t make good use of the extra hour of sleep in the fall, but simply stay up later and watch a little more TV, play on their computers, or in some cases drink more alcohol because bars stay open later.

She says light has a huge impact on our body’s circadian rhythm, otherwise known as a sleep/wake cycle. So when that changes, it throws the body out of sync. When we “fall back,” Dr. Verma says stress hormones start booting up the body’s systems hours in advance of waking and when the clock changes, they are out of sync.

“You’ve got more stress hormones than what you’re used to for that time period because you’re starting to wake up or your alarm clock is going off when you think you should be sleeping a little bit longer. So that’s why we see that bump in the number of heart attacks around that time,” she says.

In fact, many scientists see an increased risk for heart attack and stroke during the days following a time change. In addition, studies show that traffic fatalities have increased as much as six percent in the first few days following the return to daylight saving time in the spring. Because of this, the AASM recommends federal legislation be enacted to adopt a permanent standard time.

Meanwhile, Dr. Verma suggests preparing for the time change by going to bed 15 minutes later each of the four days leading up to the change.

“If you want to switch your clock, do it in 15-minute increments and don’t expect it to happen overnight. You can’t just go to bed an hour ahead and expect it to work. It’s just not going to happen,” she advises.

Dr. Verma says sleep is not a luxury. It is a vital sign and not getting enough sleep, or getting poor-quality sleep, increases the risk of high blood pressure, heart disease, obesity, and diabetes. Sleep deprivation also hurts the body’s immune system so you can get sick more easily.

If you’ve been hesitant to do anything about your trouble sleeping, this might be an incentive. Dr. Verma says technology has advanced so many people can do an at-home sleep study to determine if a more advanced study in a sleep lab is needed. A patient who meets certain criteria can take equipment home to record critical measurements.

“It’s looking at airflow from the nose; how much air you’re moving. Bands around the chest to see if you’re moving. An oximeter to see what oxygen levels are and also there is a snore mic so we know if someone’s storing, we can hear the snoring too.”

Regardless of the twice-a-year movement of the clock by one hour, lots of people have trouble getting to sleep or staying asleep. Between 50 and 70 million U.S. adults have some type of sleep or wakefulness disorder and the impact is affecting people’s quality of life.

Results from the world’s largest sleep study to date, involving 40,000 people from around the globe, found participants who slept four hours or less performed cognitively as if they were almost nine years older. Participants’ reasoning and verbal abilities were two of the actions most strongly affected by sleep.

In addition to sleep apnea, OSF HealthCare Sleep Medicine doctors can evaluate conditions characterized by disturbances of sleep patterns and conditions such as restless leg syndrome or narcolepsy that can cause sleep abnormalities.

Many sleep disorders go undiagnosed and Dr. Verma points out that can affect not only your health but personal relationships impacted by changes in mood, motivation and productivity. Learn more about sleep disorders to determine whether you should discuss sleep challenges with your primary care provider.