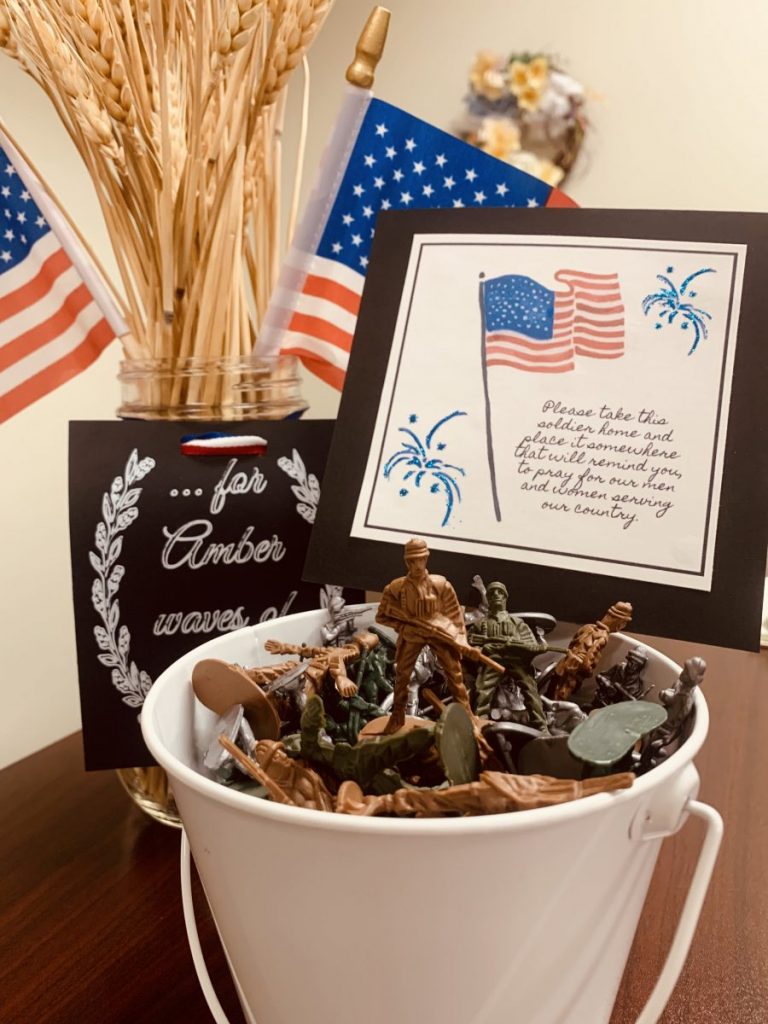 The Madison County Circuit Clerk’s Office is paying tribute to its veterans starting Monday, Nov. 7, 2022, with a display inside the Courthouse.

“We wanted to do something special for Veteran’s Day,” Circuit Clerk Tom McRae said. “We wanted to honor the men and women who work for the Circuit Clerk’s Office and the Courts who are veterans or have family members who are military or veterans with a display.”

McRae said a team of employees came up with the idea, which will showcase more than 100 employees and family members who served in the military. The display will run through Nov. 10.

“It really is interesting to learn about the people who served or if they are related to someone who served,” he said.

He said Judge Sarah Smith is a colonel in the Illinois Army National Guard, where she serves as the State’s Judge Advocate and is the highest-ranking JAG officer. Her husband, Army Maj. Michael B. Rashen, is a three-tour combat veteran.

The display also includes “amber waves of grain” on counters throughout the courthouse offices, as well as toy soldiers in a bucket asking the public to “please take this soldier home and place it somewhere that it will remind you to pray for our men and women serving our country.”

“These men and women defended our liberty and freedom,” McRae said. “There is no greater mission one could do for their country.”