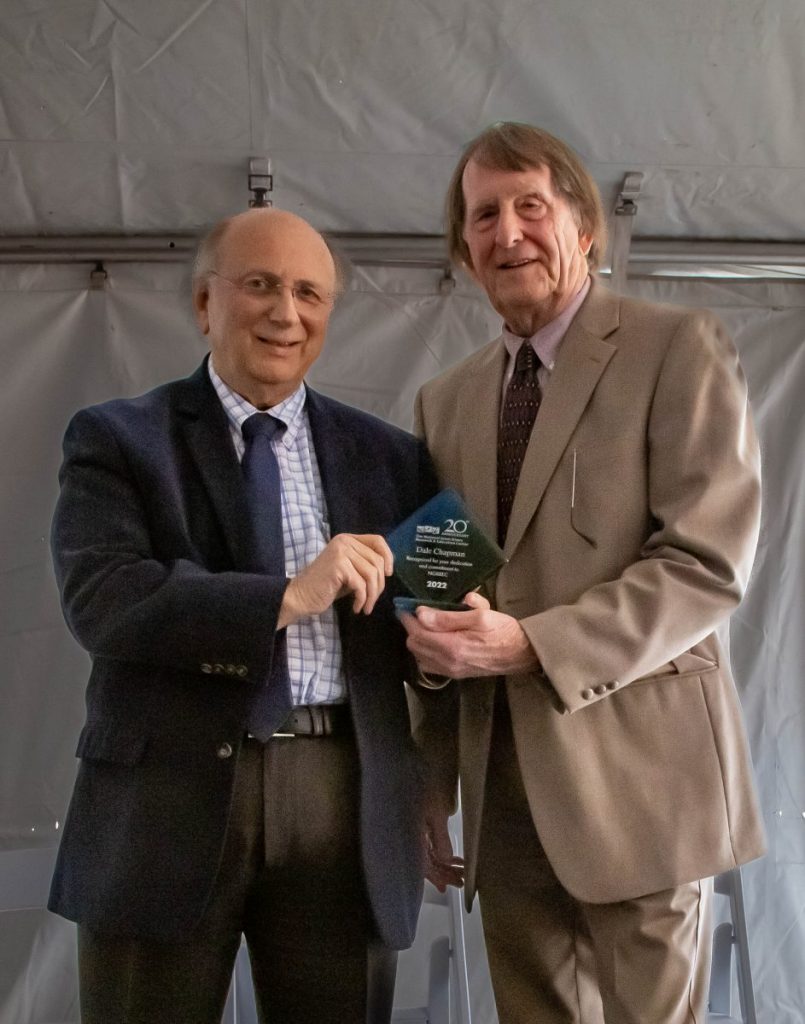 Among those recognized for their efforts in bringing the center to East Alton was former L&C President Dale Chapman, who was presented with a plaque from Executive Director Gary Rolfe.

Those in attendance enjoyed food and drinks, along with live music and tours of the facility.

Founded in 2002 as a collaborative partnership between the University of Illinois at Urbana-Champaign and Lewis and Clark Community College, NGRREC is dedicated to the study of great river systems and the communities that use them. The center aspires to be a leader in scholarly research, education, and outreach related to the interconnectedness of large rivers, their floodplains, watersheds, and their associated communities. To learn more about NGRREC, visit www.ngrrec.org.