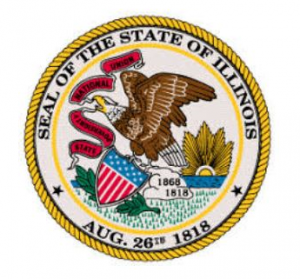 Gov. Pritzker and the Illinois Department of Transportation announced on Oct. 18, 2022, that $3.4 million has been released through Gov. Pritzker’s Rebuild Illinois capital program to continue advancing plans for a new inland port under development in Cairo. The funding, part of a more than $40 million commitment to the Alexander Cairo Port District, will help to complete federal environmental requirements and studies for the project.

“The Cairo port is one of the core pieces of Rebuild Illinois and critical to maintaining our state’s status as the transportation hub of North America,” said Illinois Transportation Secretary Omer Osman. “The project will put people to work and strengthen the local economy while giving the region the opportunity to compete in the global marketplace.”

The Cairo port represents one of the largest investments in Southern Illinois in decades. Almost 80 percent of the nation’s inland barge traffic travels past Cairo, where the Ohio and Mississippi rivers converge, with the site served by three major interstate highways and Class 1 railroads. Major logistics and commodities businesses already have committed to using the new port to move crops, container shipments and bulk products.

Previously, IDOT released $4 million to the Alexander Cairo Port District to launch preliminary engineering activities and other related work, and the Illinois Department of Commerce and Economic Opportunity released a $1 million grant for other related work.

Passed in 2019, the historic and bipartisan $45 billion Rebuild Illinois is investing a total of $33.2 billion over six years into the state’s aging transportation system alone, creating jobs and promoting economic growth. Rebuild Illinois is the largest capital program in state history and touches all modes of transportation: roads and bridges, transit, freight and passenger rail, aviation, bicycle and pedestrian accommodations, and, for the first time, ports and waterways.

A total of $150 million is identified in Rebuild Illinois for the state’s 19 public ports. In addition to the more than $40 million committed to Cairo, Gov. Pritzker announced earlier this year that $108.3 million was being awarded on a competitive basis for eight projects, based on their ability to advance IDOT’s Illinois Marine Transportation System Plan, which prioritizes asset management performance-based decisions and projects that benefit disadvantaged or economically distressed areas.