The Edwardsville Fire Department is hosting its long-running annual open house from 9 a.m. to 2 p.m. on Saturday, Oct. 15, 2002. The public is invited to attend the event, which will take place at the Public Safety Building, 333 S. Main Street.

The open house allows visitors to get an up-close look at the Fire Department’s operations and equipment. A helicopter landing, live fire demonstration, Technical Rescue Team exercise and visits from Sparky, the Fire Dog, also are planned. Free refreshments also will be provided, and kids’ bicycle helmets will be given away.

In addition, Edwardsville Police Department members will display their equipment and be available to answer questions. The City’s police and fire headquarters are both housed at the Public Safety Building, which opened in 2017.

“The majority of the time, the Fire Department is coming to residents, not the other way around. That’s what makes the open house such a terrific occasion,” said Fire Chief James Whiteford. “Visitors can see how the department looks and operates, and talk to the City’s first responders about what they do.

“It’s a great opportunity to try and get some more safety education out to the public,” Whiteford added. “We’re always striving to push public safety on all fronts, and this is one of those times where we can actually get a few minutes to talk to people about fire safety and bicycle safety.”

Edwardsville’s Fire Department dates back to 1874. As the City grew, its public safety services did, too. Rescue services and a first aid squad were added in the 1930s, and ambulance services were added in 1974. The City now operates three fire stations. 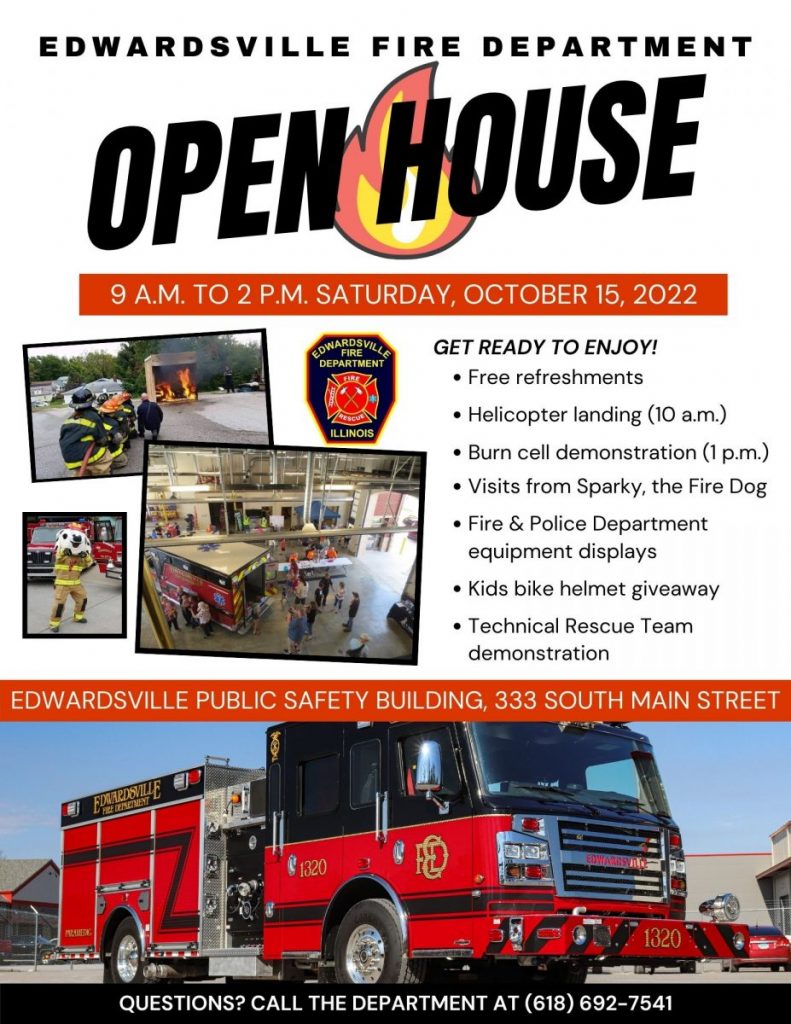