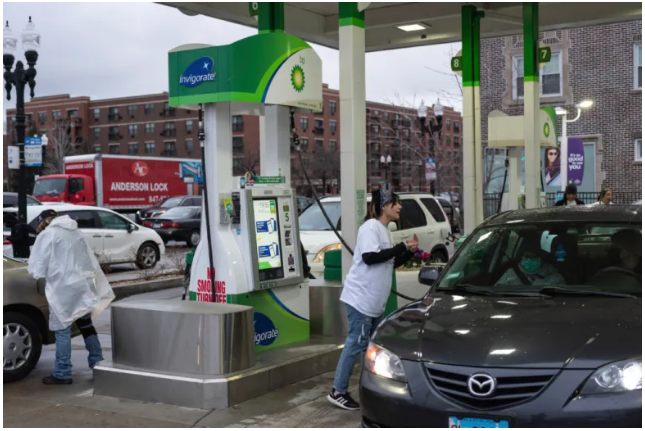 After record highs in June, gas prices in Illinois will again spike thanks to a decision from OPEC to tighten the oil supply.

“It is about how much oil they are going to produce. With the OPEC decision, it is too early to tell what the long-term consequences will be,” Hart told The Center Square. “In the short term, though, we could see an uptick in gas prices.

Gas in Illinois is particularly expensive because of the second-highest gas taxes in the nation. Gov. J.B. Pritzker doubled the gas tax in 2019 from 19 cents to 38 cents, plus added automatic annual gas tax hikes. Automatic hikes allow lawmakers to dodge the unpopular move of voting to raise taxes.

Pritzker is airing campaign ads applauding himself for “relief” that delayed the 2022 gas tax increase until shortly after the election. But that means Illinois drivers will face two tax hikes in 2023, estimated to take the tax up to 45.2 cents per gallon.

State Rep. Dan Caulkins (R-Decatur) said motorists would be better off if the gas tax and additional fuel sales tax were suspended temporarily.

“The federal government is looking at pumping billions of dollars into infrastructure projects around the country and I think we owe it to the working families. We’re getting killed everywhere else, at the grocery store and you name it. The prices are going up and I think this is one way to address that issue,” Caulkins said.

OPEC’s decision will send prices up in every state, but Illinoisans face additional pain at the pump from two gas tax hikes in 2023. Prices fluctuate with supply and demand. But unless lawmakers act, Illinoisans will constantly be stuck with some of the highest gas taxes in the nation.

Illinois Policy Institute Assistant Editor Dylan Sharkey is a writer focusing on the effects of policy decisions in everyday life. Sharkey recently graduated from the University of Iowa with a bachelor’s degree in political science. He resides in Lincoln Park and is currently pursuing his master’s in public policy and administration from Northwestern University.