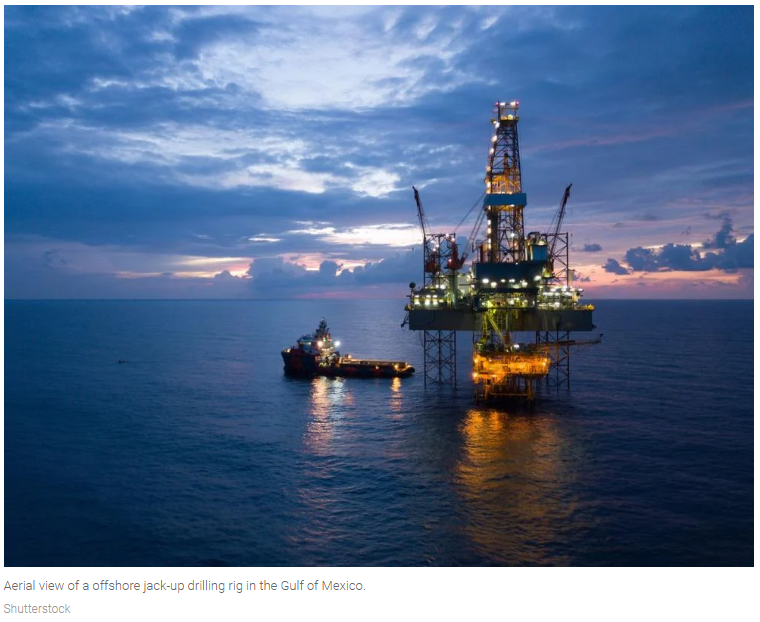 Business leaders across the country have joined together to call on the Biden administration to boost domestic energy production and to abandon a proposal to ban new offshore lease sales.

More than 200 local chambers of commerce in 47 states and 14 national associations penned a letter to President Joe Biden to urge him “to strengthen our energy security by removing impediments to greater domestic energy production.”

“High energy prices remain a major concern for businesses throughout the United States and are a leading cause of inflation,” the letter read. “Businesses of all sizes are facing burdens from increased costs for goods, services, and transportation, which combined with tight labor markets, presents major headwinds for the U.S. economy.”

The letter argued that addressing climate change and energy security “are not mutually exclusive” and increasing domestic oil and natural gas production can “accelerate the energy transition” while simultaneously curbing cash to Russia and improving the lives of Americans.

“Also, Russian oil is among the dirtiest in the world, so displacing it with cleaner, less carbon intensive U.S. production would bring obvious environmental benefits,” the letter read.

Business leaders pointed to the Biden administration’s “mixed signals” on domestic energy production and outlined three major issues that should be addressed: Ending the ban on new oil and natural gas exploration on federal lands and waters, restoring canceled oil and gas lease sales and adopting a five-year plan for oil and gas development that allows the U.S. to maximize offshore potential.

“Federal lands and waters were responsible for 22 percent of all U.S. oil production and 12 percent of natural gas. Taking these resources off the table has a significant impact on U.S. and global energy supply, today and decades into the future,” the letter read.

“On July 1, the Department of Interior proposed a new plan that included an option to completely shut down offshore exploration by allowing no new leases, creating even more uncertainty,” it continued. “It is not reasonable to ask that companies make major, long-term investments without knowing whether exploration will even be permitted.

“We urge the adoption of a new 5-year plan by the end of the year that includes the maximum possible number of lease sales,” business leaders wrote.

The letter came around the same time the Organization of the Petroleum Exporting Countries announced plans to cut back on oil production, a move that’s expected to contribute to a spike in energy prices in the U.S.

Louisiana organizations that signed onto the letter include the Baton Rouge Area Chamber, Chamber Southwest Louisiana, Greater Shreveport Chamber of Commerce, Louisiana Association of Business and Industry, Louisiana’s Committee of 100 for Economic Development, One Acadiana, and the Tangipahoa Chamber of Commerce.

“The world needs safe, affordable energy and thankfully America has plenty of it. It’s time to get America back in the game and the perfect place to start is the Gulf of Mexico,” said Louisiana Association of Business and Industry President Stephen Waguespack. “We know that producers along the Gulf Coast supply nearly 15 percent of our nation’s oil production, over 2 percent of our nation’s natural gas production and are capable of doing so much more. We need the Administration and Congress to stop tying the hands of our domestic energy producers at a time in which energy prices are rising and inflation remains at historic levels.

“America has the tools and resources, particularly right here in Louisiana and along the Gulf Coast, to maintain our position as a global energy leader,” Waguespack said. “It’s time to flip the switch on American energy and allow our energy creators to do what they do best.”