How to find CNI’s coverage of statewide races 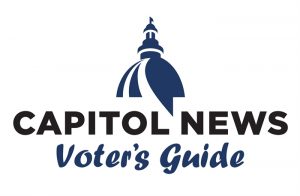 On Nov. 8, Illinois voters will cast a ballot on a state constitutional amendment, every statewide constitutional office, every seat in the General Assembly and, in 12 counties, a spot on the state’s Supreme Court.

Ahead of Election Day, the Capitol News Illinois team has – independently or in collaboration with newspaper editors across the state – been working on candidate interviews and policy discussions with those running for some of the state’s most prominent offices.

The purpose of this voter’s guide is to link readers to our coverage of those races, through written coverage of those events and various podcasts and videos we and others have published with candidate interviews.

Due to the number of seats up for grabs in the General Assembly, we will not be focusing on individual House and Senate races – we suggest picking up a local newspaper or visiting local news sites for that coverage. But we will cover the governor, comptroller, treasurer, secretary of state and attorney general races, as well as the constitutional amendment and two Supreme Court races.

Early and mail voting have already begun in Illinois, so we’re going live with this guide with coverage of some of the races that we’ve already published, and we’ll update this document with links to our coverage of the statewide 2022 races as we near Nov. 8.

For more information about voting, including how to request a mail-in ballot, where to cast an in-person ballot, and what races are on the ballot, you can visit your local election authority. You can find information for all local election officials on the Illinois State Board of Elections website. Information on how to register can be found here.

All podcasts below can also be found on most podcast apps by searching Capitol News Illinois.

Gov. JB Pritzker is facing off against state Sen. Darren Bailey, a Republican farmer from downstate Xenia. The candidates’ views diverge widely on just about every topic, from abortion to state spending to pandemic response to addressing gun crime.

CNI Bureau Chief Jerry Nowicki sat on a panel organized by the Illinois Associated Press Media Editors that included the two governor candidates and reporters from the Arlington Heights Daily Herald and the Springfield State Journal-Register.

A video of that panel can be found here.

A podcast version of the video is here or on most podcast apps.

And Nowicki’s coverage of the discussion is here.

This section will be updated with coverage of future debates between Bailey and Pritzker.

In Illinois, the position of chief fiscal officer is that of comptroller.

Democrat Susana Mendoza has been elected to that post twice, for a partial term beginning in December 2016 before gaining reelection in 2018. She touts the reduction of a $16 billion bill backlog to a standard 30-day billing cycle, the state’s largest-ever $1 billion balance in its rainy-day fund and a pension payment that went $500 million beyond statutory levels in the current fiscal year as some of her greatest accomplishments.

Her opponent, Shannon Teresi, is a newcomer to state politics and is currently the McHenry County auditor. It’s an experience, she said, that will help her root out “waste, fraud and abuse” in state government – one of her most-repeated reasons for running.

Each candidate participated in a Zoom interview with the CNI team.

Peter Hancock’s coverage of those discussions is here.

The conversation with Mendoza can be found here and on most podcast apps.

The conversation with Teresi can be found here.

Frerichs touts more than $1 billion in investment gains as his greatest achievement while emphasizing his administrative work on unclaimed property, a state college savings plan and other programs overseen by the office.

Demmer has focused his race on being a statewide check on Democratic power when it comes to tax and budget issues, frequently attacking Frerichs for a comment he made in 2020 regarding a proposed graduated income tax amendment: “One thing a progressive tax would do is make clear you can have graduated rates when you are taxing retirement income. And, I think that’s something that’s worth discussion,” Frerichs is quoted as saying in the Daily Herald.

The treasurer, meanwhile, has no formal role in setting tax policy and Frerichs has frequently stated he does not support a retirement tax.

That’s all covered in Nowicki’s story on the race here.

You can listen to the Frerichs podcast here.

You can listen to Demmer’s interview here.

Former state treasurer Alexi Giannoulias and state Rep. Dan Brady each have a long list of initiatives they would like to implement to modernize the secretary of state’s office. They’re vying to replace Jesse White, the retiring secretary of state who has held the post since 1999.

While Giannoulias has White’s endorsement, the outgoing secretary has also spoken highly of Brady. And Brady has the endorsement of Republican former governor and secretary of state Jim Edgar.

Each candidate spent about 45 minutes talking with Nowicki and Patrick Keck of the Springfield State Journal-Register, answering questions about policy, politics and their financial and professional backgrounds.

Here is a link to Nowicki’s full story on the discussions, along with video links.

And here is a sidebar story covering some of the other positions discussed.

The Brady video is available via our podcast here.

The Giannoulias podcast can be found here.

Voters will decide on whether the state’s constitution will be amended to give a right to workers to unionize. The IAPME hosted a forum with one proponent and one opponent on that issue. The full text of the amendment is as follows:

(a) Employees shall have the fundamental right to organize and to bargain collectively through representatives of their own choosing for the purpose of negotiating wages, hours, and working conditions, and to protect their economic welfare and safety at work. No law shall be passed that interferes with, negates, or diminishes the right of employees to organize and bargain collectively over their wages, hours, and other terms and conditions of employment and work place safety, including any law or ordinance that prohibits the execution or application of agreements between employers and labor organizations that represent employees requiring membership in an organization as a condition of employment.

(b) The provisions of this Section are controlling over those of Section 6 of Article VII.

Hancock’s coverage of that forum is here.

And you can view the video here.

A podcast of the discussion is here.

In the 3rd Judicial District, incumbent Michael J. Burke is seeking to maintain a spot on the high court against Justice Mary Kay O’Brien. While this and the 2nd District race could reverse the partisan majority of the court if both Republicans win their races, Burke and O’Brien each told us in separate podcast interviews that they don’t believe partisanship is something they consider when ruling on a case.

They each touched on a range of issues, from their experience on the court to how the court can improve its administrative functions to whether they’ve made mistakes on the bench.

You can read Peter Hancock’s coverage of the race here.

And listen to the podcast with Burke here.

And listen to the O’Brien interview here.

Coverage to be updated; check back later.

Coverage to be updated; check back later.