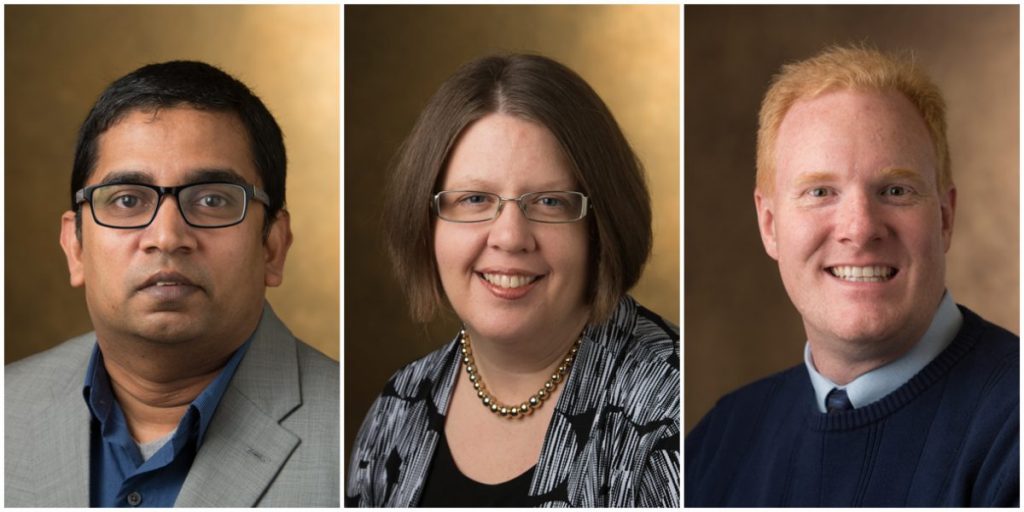 Southern Illinois University Edwardsville researchers in the College of Arts and Sciences’ Department of Political Science have been awarded a $332,491 grant from the Department of Homeland Security (DHS) to develop a local framework for mitigating violence under the Targeted Violence and Terrorism Prevention (TVTP) Grant Program. The researchers’ team includes Associate Professor Suranjan Weeraratne, Ph.D., Professor Laurie Rice, Ph.D., as well as Chair and Professor Kenneth Moffett, Ph.D.

They will collaborate on the two-year project entitled, “Enhancing Local Capacity to Prevent Targeted Violence in Southern Illinois. The grant is in response to the rise of domestic terrorism and extremist violence in the U.S.

“We seek to develop a sustainable and robust local prevention framework against targeted violence in Southern Illinois by creating a whole-of-society approach to violence prevention,” Weeraratne said. “We aim to engage with a diverse array of stakeholders ranging from local law enforcement officials to University students to community and faith organizations/leaders.”

“SIUE’s political science department has a strong track record of collaborative research,” said Rice. “Now, we have the opportunity to build on this record and leverage our combined skills and knowledge to serve our community. We will be working to reduce the region’s risks for violent extremism and domestic terrorism through boosting societal awareness, fostering resilience to radicalization attempts, encouraging civic engagement, and strengthening community partnerships. I’m looking forward to the opportunity to work with a great team of colleagues on important problems, strengthen existing community partnerships, and build new ones.”

The project will fall into two main phases. In Phase one, the research team will deploy and analyze the results of a climate survey of residents in Southern Illinois in spring 2023. The survey is meant to assess the community prevalence of risk factors for engaging in targeted violence or terrorism; exposure to extremist content online; and knowledge of what to do when someone shows signs of radicalization or threatening targeted violence or terrorist acts.

Survey respondents will be chosen from a large number of counties in Southern Illinois. Meanwhile, within the survey, respondents will be randomly assigned to either a control group or will experience one of three interventions aimed at reducing support for or vulnerability to appeals for politically-oriented violent extremism.

As the major part of the grant, Phase 2 will focus on strengthening local preventive frameworks in Southern Illinois. In this phase, findings from the survey would be used to:

“We are excited for the opportunity to create a framework by which we can prevent targeted political violence in Southern Illinois,” said Moffett. “This framework is much needed given the high levels of partisanship and party polarization that pervade American politics. We look forward to working alongside multiple stakeholders, including community members, law enforcement, faith-based entities, and civil liberties organizations to make our community and region a better place by reducing targeted political violence.”

By engaging a broad range of stakeholders, the SIUE researchers hope to create greater awareness of the process of radicalization to violence and enable stakeholders to effectively identify risk factors and protective factors.