Haine is a Republican and Lakin is a Democrat.

The new law, scheduled to take effect Jan. 1, would end the cash bail system in Illinois and severely hamper the ability of local judges to keep dangerous defendants off the streets, according to Haine, Lakin, and dozens of State’s Attorneys and Sheriffs – Democrats and Republicans – across the state.

Lakin said, “The bipartisan opposition to the SAFE-T Act is not about politics. It is about public safety. This lawsuit gives our court system an opportunity to properly vet this law where our political branches have failed, and protect the citizens of Madison County from the disaster that is the SAFE-T Act as it is currently written.”

“Public safety is not a partisan issue,” joined Haine. “In Madison County, opposition to the SAFE-T Act has brought together people of every political stripe.”

Haine said it’s unfortunate that he, like prosecutors from several other Illinois counties, was forced to pursue litigation over the SAFE-T Act.

“The near-universal consensus of law enforcement officials across the state is that this law is seriously flawed. The changes we sought have not occurred. We have heard talk of changes but no specifics from the Governor. But we only have three months to go before implementation,” Haine said. 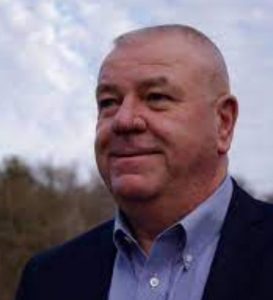 Haine continued, “We are being asked to prepare for a law that upends our entire justice system and governs our ability to bring criminals to justice but are given no clarity about what the rules will be on January 1. We regret it has come to this, but this lawsuit will give us a final chance to prevent the SAFE-T Act from going into effect as currently written.”

Under the SAFE-T Act, only certain defendants who are charged with certain crimes can be detained while awaiting trial. Others would be released, as the system of requiring cash bail will be abolished.

The suit says elimination of cash bail is unconstitutional, in part because it violates the rights of crime victims. The suit says the Crime Victims’ Rights portion of the Illinois Constitution reinforces the presumption that bail is a monetary component. That portion of the Illinois Constitution specifically states that crime victims have the right “to have the safety of the victim and the victim’s family considered in denying or fixing the amount of bail, determining whether to release the defendant, and setting conditions of release after arrest and conviction.”

The suit seeks a court’s declaration that the SAFE-T Act is unconstitutional, along with its repeal. The suit also seeks a preliminary injunction that prohibits implementation of the SAFE-T Act while the suit is pending.

Haine said the SAFE-T Act would prevent or drastically limit the pretrial detention of dangerous defendants in serious cases, such as second-degree murder, robbery, burglary, arson and aggravated battery.

The suit notes that a primary purpose of cash bail is to ensure that defendants show up for court. Eliminating cash bail “will unquestionably lead to significant delays” in criminal cases, the suit states.

“Without the ability to secure the appearance of defendants for trial, Plaintiff will be severely hamstrung in his ability to proceed with the prosecution of cases, much like the Courts will be stripped of their inherent authority to manage their courtrooms,” the suit argues.

The suit also argues the SAFE-T Act is unconstitutionally vague. Pritzker, in correspondence with Haine, has said prosecutors can simply file motions to detain defendants who are considered dangerous. The SAFE-T Act itself, however, lists only certain offenses for which defendants can be detained prior to trial.

“The statute is too vague if the Defendant Governor interprets the Act in a way that is completely contrary to the plain language,” the suit argues.

Haine and Lakin filed the suit in Circuit Court in Madison County. Haine said his office will later ask that the case be consolidated with similar suits filed by the State’s Attorneys of other counties in Illinois.