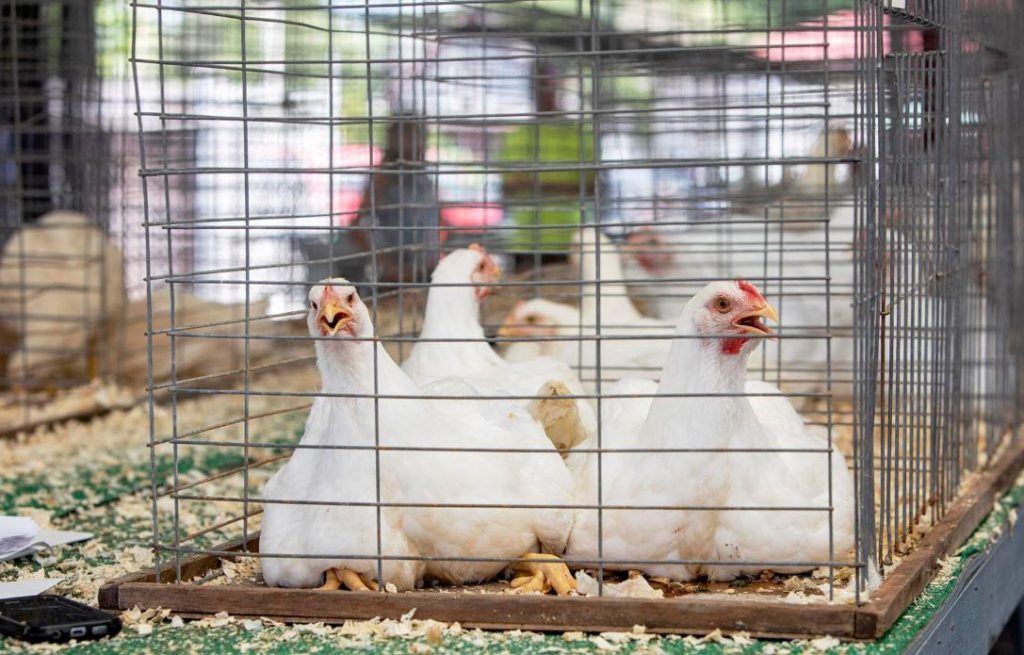 The outbreak of highly pathogenic avian influenza (HPAI) spread its wings across a much larger portion of the U.S. in the past year compared to the previous outbreak in 2015.

And it continues to drive up food price inflation, which recently soared to 11.4% — the largest 12-month increase since the period ending in May 1979.

“It appears the disease is now far more widespread than in the past, with a very large number of bird species affected,” authors of the CME Group’s Daily Livestock Report noted.

Cases of HPAI have been confirmed from Florida to Alaska. The turkey industry alone lost more than 5 million birds, prior to a recent outbreak in California. USDA also reported an outbreak of HPAI affecting 175,000 turkeys in Minnesota this month, which was the first confirmed case in the Midwest since May.

“We sit at 418 confirmed detections in 48 states that impacted about 40.5 million birds in the U.S.,” said Bernt Nelson, American Farm Bureau Federation economist. “When we find a case, those birds are isolated and the flock is depopulated.”

Consumers will be able to find turkeys for the upcoming holiday season, according to Nelson. But they should prepare for high prices.

“The reduction in (turkey) supply is largely responsible for the increase in prices,” said Nelson, who recently discussed the situation on CBS News MoneyWatch. “Will HPAI have a further impact on supply? We could see prices climbing higher.”

Meanwhile, the loss of chickens to HPAI led to egg prices nearly tripling in the past year.

It’s one of the numerous contributors to the historic run-up in food prices. Other key factors include ongoing supply chain issues, escalating costs for shipping, packaging and fuel, a labor shortage and widespread drought in the western U.S. impacting food output.

Meanwhile, food demand remains strong around the world. U.S. beef exports were valued at $6.45 billion from January through July, up 29% from the same time last year.

Tight supplies and higher prices rationed U.S. pork exports, though, which were valued at $3.56 billion the first half of the year, 15.9% lower than a year ago, according to the Daily Livestock Report.

Overall, there doesn’t appear to be much relief from inflationary pressure any time soon. USDA expects food prices to grow more slowly in 2023 compared to 2022, but still above the historic average rate.

Nationwide, inflation of all goods measured remained at an historic high in August (8.3%), although it decelerated slightly compared to the previous month.