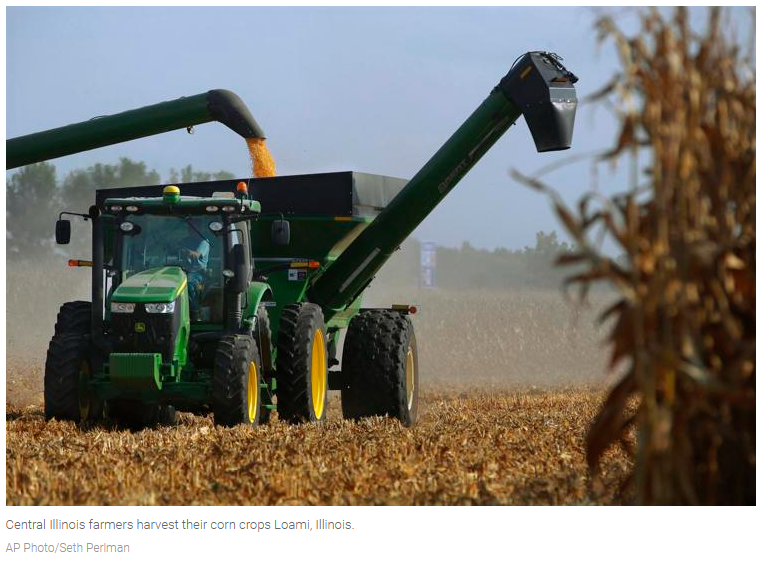 According to the survey by the Illinois Society of Professional Farm Managers, Illinois farmland values are up 18 percent over the past year.

“If you put last year’s gains and then the first half of this year’s gains, in certain parts of the state and certain classifications, you are looking at a 40 percent jump in 18 months,” Worrell said.

Farmland values increased in neighboring states as well, up over 30 percent in Indiana and 29 percent in Iowa in the past year.

Worrell said there are several contributing factors to the rising prices.

“One, obviously commodity prices are up, so anytime those are up, potential for overall farm income can be up,” Worrell said. “Also, historically speaking, farmland values have typically been helped when there are inflationary times.”

Worrell said windmill contracts are also adding to the land values. Forty percent of managers surveyed had at least one farm with an arrangement with a wind company.

Most investors know the names of Warren Buffett and Bill Gates. Both are known for their desire to own farmland as an investment. Gates owns over 240,000 acres of tillable farmland, and Buffett owns several farms, including one which reportedly is a massive family farm in Illinois near Pana.

The average investor doesn’t have the bankroll that Buffett or Gates has to buy acres of farmland, but they can participate in investing by purchasing shares of farmland or agricultural mutual funds or exchange-traded funds.

In Illinois, farmland is assessed for property taxes based on its ability to produce income, or its agricultural value. A farm building is assessed at one-third of the value that it contributes to the farm’s productivity.

The survey showed in the last 18 months cash rents have jumped 25 percent and are projected to increase as much as $17 per acre in 2023. The U.S. Department of Agriculture estimates that about 30 percent of U.S. farmland is rented out by owners who serve as landlords and aren’t involved in farming.

Half of those responding to the survey believe prices have reached a plateau, but Worrell said there’s room for more growth.

“If we are going to come down, we would like to come down gradually and not be overly volatile, but I see the rest of this year being strong,” Worrell said.

Staff Reporter Kevin Bessler reports on statewide issues in Illinois for the Center Square. He has over 30 years of experience in radio news reporting throughout the Midwest.