State to distribute second round of federal coronavirus recovery funding to more than 1,200 Illinois cities, towns, and villages 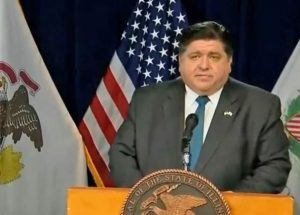 Governor JB Pritzker and the Illinois Department of Commerce and Economic Opportunity (DCEO) has announced that more than 1,200 small cities, towns, and villages across Illinois – Non-Entitlement Units (NEUs) – will receive $371 million as part of the second round of funding through the federal American Rescue Plan Act (ARPA) specifically designated for NEUs.

The full list of recipients and funding amounts can be found here: NEU Master.pdf (illinois.gov). NEUs are receiving a total of $742 million between the first and second funding allocations.

“As communities continue to recover from the pandemic, we are issuing the second round of federal funding for a total of $742 million specifically designated for smaller localities,” said Governor JB Pritzker.  “This critical funding will help localities cover remaining pandemic-related costs incurred while supporting communities in every region of the state.”

Through ARPA, in accordance with federal rules, COVID-19 relief funding was provided directly to localities with a population above 50,000 while states distributed relief funds to NEUs – which are cities, towns and villages that did not receive direct aid from the federal government. NEUs received funding as part of the first tranche in the fall of 2021 and recipients who claimed funds last year will automatically receive the second half of funding. The funding can be used to cover expenses incurred while responding to the COVID-19 pandemic.

“Under Governor Pritzker’s leadership, Illinois has leveraged all opportunities to support our communities and accelerate a strong economic recovery,” said DCEO Director Sylvia I. Garcia. “The funding issued today is part of billions of dollars of support that has been provided to small cities and towns across Illinois. This final round of Federal funding will serve as additional resources for communities that have incurred unexpected costs due to the pandemic.”

The funds can be used to cover revenue losses and the costs of responding to the COVID-19 public health emergency or to its negative economic impacts on households, small businesses, impacted industries, essential workers, and the communities hardest-hit by the crisis. These funds can also be used to invest in building, maintaining, or upgrading water, sewer, and broadband infrastructure.

Communities will receive the same amount of funding as the first round. Each local government receiving funds will be required to provide a project expenditure report to the U.S. Treasury by the end of April, then annually thereafter. Each must follow all federal compliance and reporting responsibilities. DCEO will continue to help local governments navigate the reporting requirements.