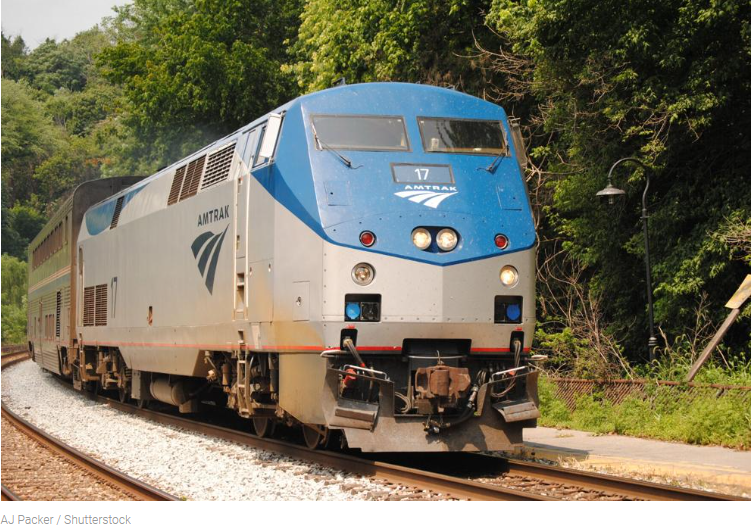 With billions of dollars Congress set aside in last year’s infrastructure bill, some lawmakers would like to see Amtrak restore and expand routes.

During a U.S. Senate Committee on Commerce, Science and Transportation hearing, several senators who oversee Amtrak’s operations urged nominees for the passenger rail company’s board to move quickly to restore service in places where it had been eliminated.

The passenger rail service eliminated and reduced some long-distance routes as a cost-saving measure as demand dropped sharply during the COVID-19 pandemic. Amtrak ridership was down nearly 65 percent in 2021 compared to 2019.

Normal, Illinois, Mayor Chris Koos told lawmakers that Amtrak ridership through his town has nearly tripled since he became mayor nearly 20 years ago. Koos attributed Normal’s transportation center as part of the reason, a project funded by federal taxpayers.

Koos noted that the Normal station is the busiest Amtrak station in Illinois behind Chicago’s Union Station.

U.S. Sen. Maria Cantwell, a Democrat from Washington state, said Amtrak has to do a better job of hiring employees to make rail travel more dependable.

Koos agreed with the need to expand recruitment of Amtrak employees, particularly working with community colleges to train potential workers.

Marc Magliari, a spokesman for Amtrak Illinois, said Amtrak is looking to hire thousands of workers.

“We have 4,000 openings even after filing almost 2,000 jobs, because we are growing,” Magliari said. “We have a need for more people in our Chicago maintenance facility, we have some needs for more people to work on the trains, and in order for us to continue to grow the business, we need to grow the head count.”

Possible passenger service expansion in Illinois would include a route to Rockford, and a route to the Quad Cities. Another route being discussed would run from Chicago to Indianapolis and points beyond.

Officials said the latest funding package from the federal government will push forward the company’s Amtrak Connects US initiative, a 15-year strategy to expand service for up to 160 new communities.

Kevin Bessler reports on statewide issues in Illinois for the Center Square. He has over 30 years of experience in radio news reporting throughout the Midwest.