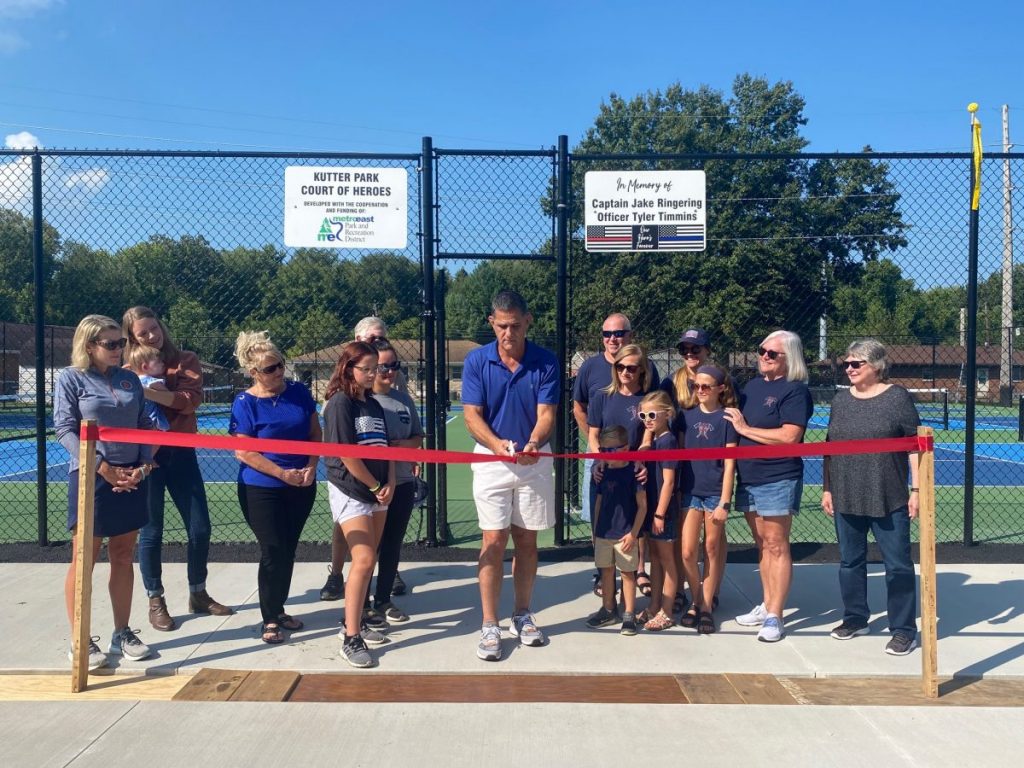 Court is now in session at Kutter Park.

Wood River Township held a ribbon cutting on Saturday in honor of its new “Court of Heroes.” The pickleball courts are named in honor of two individuals who gave the ultimate sacrifice: Firefighter Capt. Jake Ringering and Pontoon Beach Police Officer Tyler Timmons.

“Both of these young men died in the line of duty and grew up in Wood River Township,” Township Supervisor Mike Babcock said.

Ringering, 37, died in a house fire on March 5, 2019. He grew up in East Alton where he served as a firefighter before going to Godfrey.

Timmons, 36, died on Oct. 26, 2021 after being shot as he approached a suspect in a stolen vehicle in Pontoon Beach. Timmons joined the Pontoon Beach Police Department in 2020 after previously serving in Roxana, Worden and Hartford.

Their widows, Allison Ringering and Linsey Timmons, along with the families attended the event in honor of their husbands.

“A lot of planning went into the final project,” Patrick McRae, Township board member, said. “So much so that many people are asking us to add more courts.”

Township officials, along with other local and community officials attended the ribbon cutting.

“As a county board member, we oversee the use of grants to advance the parks usage to the people in which we serve. I am glad to see that the money was spent well,” said County Board Member Erica Harriss.

Babcock said the Township Board of Trustees, which include Patrick McRae, Chris Herzog, Casey Logan and Ryan Holland began planning the project to convert the old tennis courts in 2021. The Township received funding for the project through Metro East Park and Recreation District and Madison County’s Park Enhancement Program (PEP) grant.

The project costs came in around $110,000 for the pickleball courts, seating and extra parking. The Township received $88,000 in grants from Madison County and the Metro East Park and Recreation District.

“The courts are in full use by individuals who would not normally be at Kutter Park,” Babcock said. “We are grateful to see so many new people at the park.” 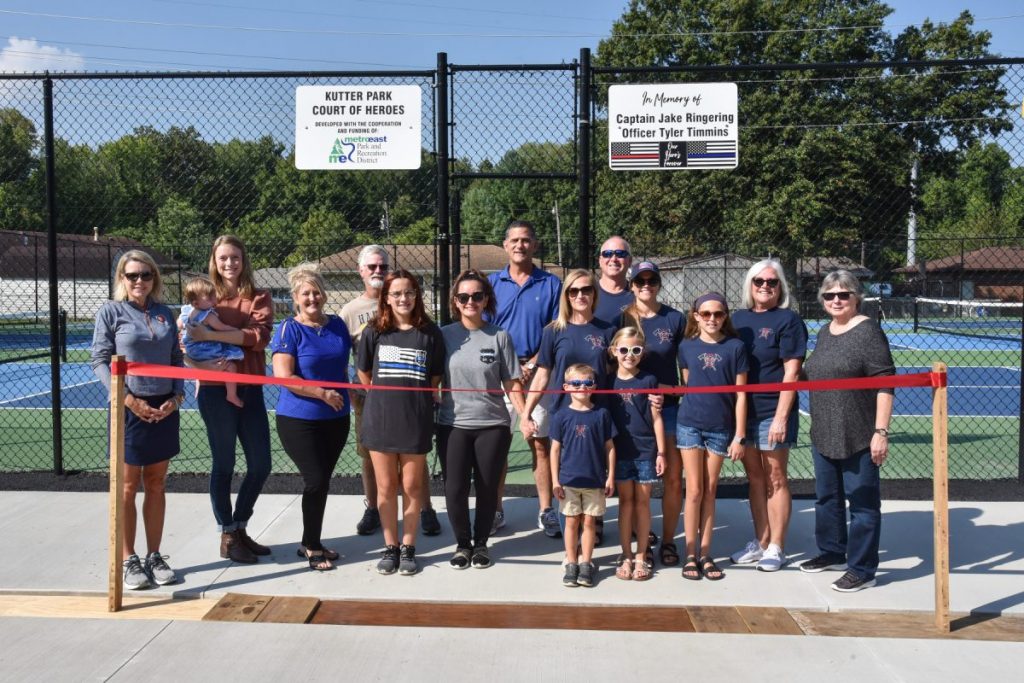 The two submitted photos are from the ribbon cutting at Kutter Park’s “Court of Heroes” held on Saturday, Sept. 10 in Wood River Township.