Official attendance numbers will be available in the coming weeks 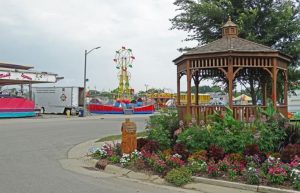 The bow has been tied on the 2022 Illinois State Fair. While it will be a few weeks before official audited attendance numbers will be available, there are several factors that point to a successful year.

From the Orr Building to the Coliseum and everything in between, youth projects were on full display in 2022. Overall, nearly 4,500 youth exhibitors participated in showing livestock, 4-H projects and hobby arts and crafts projects gaining invaluable experience during the 11-day event. Topping off the livestock competitions, the Governor’s Sale of Champions raised over $220,000 for our youth livestock exhibitors, 4-H and FFA organizations.

Ten great nights of entertainment were featured on the Illinois Lottery Grandstand stage, highlighted by Brooks & Dunn who drew 10,142 concertgoers on the first Sunday of the fair. Over 36,000 vehicles were parked on the grounds thanks to the help of nearly 60 local charities who volunteered more than 15,000 service hours for the assignment. The American Business Club of Springfield has provided this service at the Illinois State Fair since 2004, giving back more than $1.6M to volunteer groups since the project’s inception.

“We have been in business for 77 years, a vendor at the Illinois State Fair for 75 years, and have never seen numbers like we did in 2022,” said Jim and Darcie Cullers, owners of Cullers’ French Fries. “The first Saturday of the fair was the highest grossing day for Cullers’ ever at any fair. That record didn’t last long though the very next day we topped those numbers.”

The 2023 Illinois State Fair is scheduled for next year from Aug. 10 through 23.