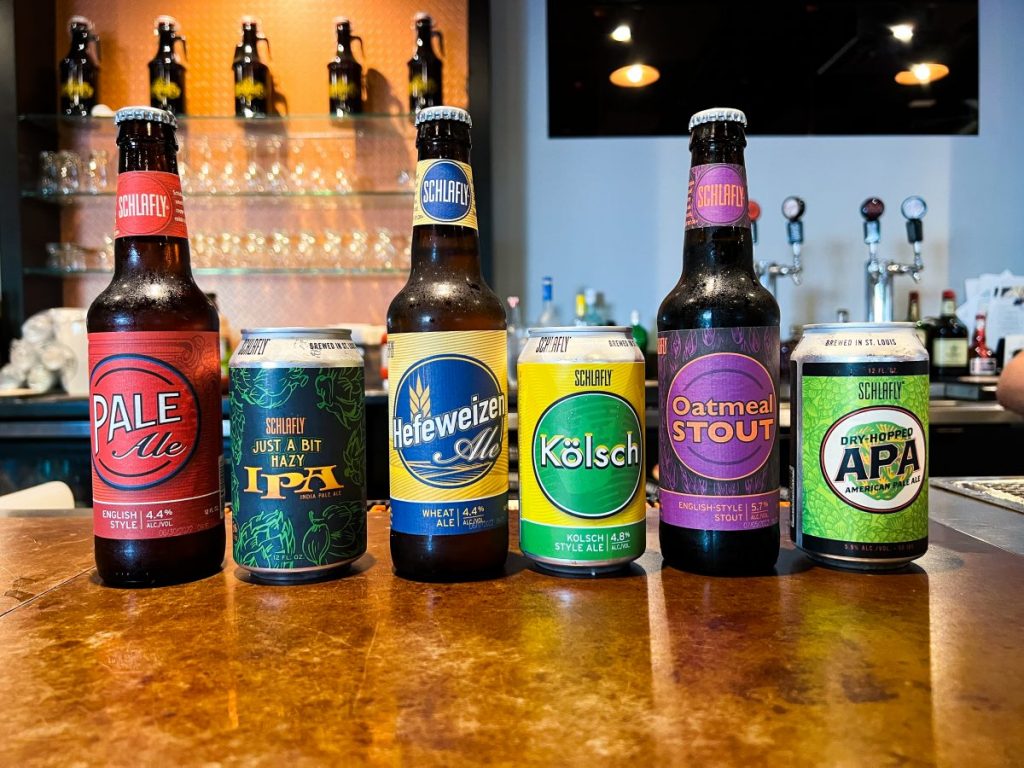 Schlafly Beer, St. Louis’ original independent craft brewery, announces expansion across the states of Michigan and Ohio with two new distributor and wholesaler partners. Imperial Beverage in Michigan and Premium Beverage Supply in Columbus, Ohio will now distribute Schlafly Beer’s portfolio of true-to-style craft beers to the Midwest states. With these new relationships, Schlafly is now available in 16 states and the District of Columbia, primarily the states surrounding Missouri as well as the east coast.

“We are thrilled to enter the Michigan and Ohio markets with such highly regarded partners as Imperial Beverage and Premium Beverage Supply. Both are great beer-loving states, and we’ve already received such a warm welcome from consumers in these communities. In just two weeks in Ohio, we’ve already sold most of our initial allotment,” says Schlafly Beer’s CEO Fran Caradonna. “We’ve proudly brewed a diverse collection of true-to-style beers for over 30 years at Schlafly Beer, and we are honored to share our craft with more communities in the Midwest.”

With the new distributor and wholesaler relationships, beer drinkers in Michigan and Ohio can enjoy the legacy brewery’s year-round styles like the acclaimed Kölsch and Just A Bit Hazy IPA as well as seasonal favorites like Schlafly’s award-winning Pumpkin Ale and Coffee Stout.

Each of the beers in Schlafly’s portfolio showcases the brewer’s dedication to craft with true-to-style brewing techniques, utilizing natural, quality ingredients. For example, Schlafly’s Kölsch uses a centuries-old yeast strain that was initially acquired after founder Tom Schlafly married his wife, who is a native of Köln, Germany—where all of the European Union’s Kölsch is brewed. The beer is a proud winner of the Gold Medal for Best German-Style Kölsch at the World Beer Cup.

Schlafly Beer is the pioneer of craft beer in St. Louis, and the brewing team continues to find ways to innovate their craft. The historic downtown Tap Room was the first craft brewery to open in the city since Prohibition. Along with the Bottleworks, Bankside and Highland Square locations, the brewpubs receive over half-a-million visitors each year, making Schlafly Beer a destination brewery in the Midwest. Schlafly also hosts several nationally-recognized events throughout the year such as the Schlafly Stout & Oyster Festival in March, one of the largest oyster festivals in the Midwest.

For more on Schlafly Beer’s distribution and products, visit www.schlafly.com.