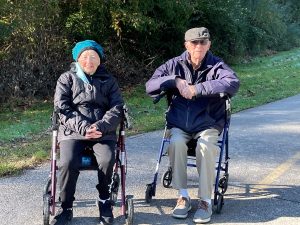 The former Village of Glen Carbon Mayor Ronald J. “Ronnie” Foster Sr. passed away at 2:03 p.m. on Tuesday, Aug. 16 at the age of 86 at Anderson Hospital in Maryville.

In his honor, Village Hall will install bunting to recognize his significant contributions to the community.

During his tenure, Ronald Foster made significant accomplishments as the Mayor of Glen Carbon. He completed a major sanitary sewer project and a joint water agreement with Edwardsville, obtained funds to reconstruct Meridian and Glen Crossing roads, established the Historical Preservation Commission, and was the driving force behind the Illinois Central Railroad Right of Way which now represents the Ronald J. Foster Heritage Bike Trail. With Mayor Foster’s vision, the trail system has become an integral part of the community. 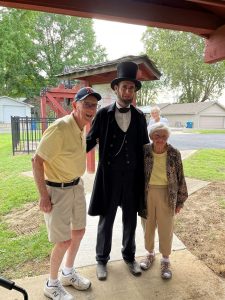 Other substantial contributions include roadway improvements for Center Grove Road, Illinois 159, Junction Drive and Cottonwood Road. The award-winning Glen Carbon Centennial Library was formed under Mayor Foster’s direction. Village Hall, located at 151 N. Main, was constructed during Foster’s term along with his involvement to approve the first Senior Center/Community Center.

His intergovernmental agreements with Madison County, Edwardsville, Granite City, Maryville and Troy resulted in successful partnerships that still exist today. During his leadership, Foster was instrumental in Glen Carbon’s growth, personally going door-to-door to ask people to annex to the Village during the planning stages preceding Cottonwood Mall’s development. 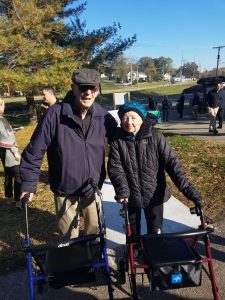 Current Mayor Bob Marcus extended his heartfelt sympathy to the family and friends of Mayor Foster and expressed his appreciation for his long-lasting impact on our community.

“Ron Foster’s ability to forecast the future needs of the Village was outstanding. We will forever be indebted to his leadership ability,” said Marcus. “Not only did his insight influence many of our greenspace initiatives, it also set the economic policy of the Village. He will be sorely missed by all of us.”