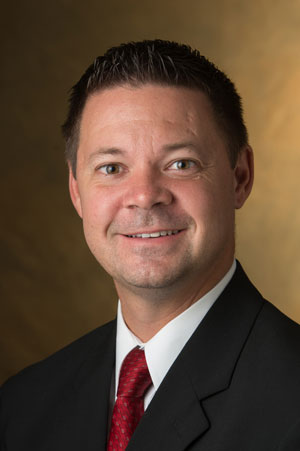 Brown is the second-longest tenured head coach at SIUE, now entering his 14th season guiding the SIUE Cougars men’s golf team. He has consistently led his teams to success on the course as well as in the classroom. The team earned a combined 3.558-grade point average in spring 2022, the second highest of any program in the department and the highest among men’s programs. Brown will continue to serve as SIUE’s men’s golf head coach.

“I’m honored to be asked by Chancellor Minor to serve as the Interim Athletics Director,” Brown said. “Over the past 13 years at SIUE, I have worked closely with administrators, coaches, student-athletes, alumni and community members. I look forward to continuing and building upon these relationships in my new role.”

With a background in coaching and administration, Brown has served as the men’s golf head coach since the 2009-2010 season and spent three seasons (2013-2016) overseeing both the men’s and women’s programs at SIUE.

“I am confident in Derrick Brown’s ability to be a unifying force for SIUE Athletics as we continue to build a thriving athletics program that excels both in the classroom and in competition,” said Minor. “Coach Brown is known for his collegiality and his successful coaching and mentorship of our student-athletes. Under his leadership, our commitment to excellence will be realized and enhanced as we work collectively to define our future.”

Brown guided SIUE to a fourth-place finish at the 2022 Ohio Valley Conference Tournament, which included Brooks Jungbluth finishing in second place individually, the highest finish for an SIUE golfer at the Championship. The Cougars finished third at the Championship in 2021.

Following the 2021-2022 season, SIUE golf was honored with an Outstanding Team Academic Award from the Golf Coaches Association of America (GCAA) marking the 12th consecutive year the team had received the recognition. For the third year in a row, the Cougars earned Presidents Special Recognition for having a combined grade point average of at least 3.50. SIUE is one of just 36 programs in Division I to earn Presidents Special Recognition in 2022.

The 2019 OVC Coach of the Year, Brown has overseen seven selections to the OVC All-Newcomer team and seven first team All-OVC selections in his time in charge of the men’s golf program.

The Vermillion, S.D. native was a three-year letter winner for the University of South Dakota golf team. Brown earned a bachelor’s in recreation from South Dakota in 2005 and a master’s in athletic administration in 2006.

Brown is married to Jocelyn Brown, Ph.D., professor of applied communication studies at SIUE. They reside in Edwardsville with their children, Preston James and Anastasia Jaye.

SIUE anticipates the launch of a national search for its next Director of Athletics in fall 2022.