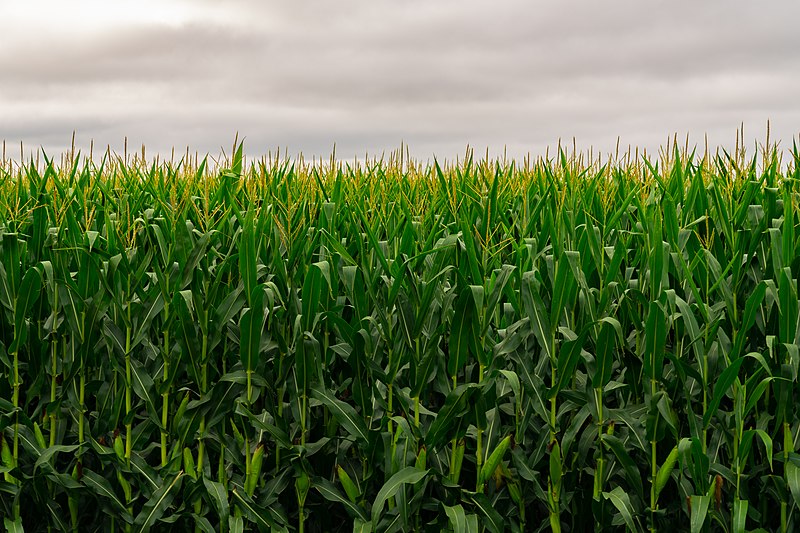 Prices for top-quality farmland in central Illinois are at an all-time high level and showing no indication of abatement any time soon. The opportunity to invest in farm real estate has never been more appealing, but are these robust prices squeezing new and beginning farmers — defined by the USDA as producers with less than 10 years experience in the field — out of the land market?

“We see young farmers taking advantage of low-interest loans all the time in coordination with their local bank to purchase land,” said David Klein, vice president, auctioneer and managing broker for First Mid Ag Services, a Bloomington-based farm real estate company that manages over 1,000 farm properties in central Illinois and the Midwest. “It works like a house mortgage to a certain extent — 20 or 30 years, and the USDA is able to provide some incentive and cost savings on the interest rate for those young farmers.”

However, pressure is on the Biden administration to do more to allow beginning farmers — many of whom cannot secure loans large enough to purchase enough acreage for anything more than small, specialty operations — to compete for farmland being increasingly gobbled up by mega-farms and capital investors.

Farmland values are up 23 percent from a year ago across the Midwest, fueled by surging commodity prices.

“The surge in farmland values is being led by several of the same factors that are fueling inflation in the general economy. We’ve had rising grain prices until recently, and that was a big component. As grain prices went higher, so did land values,” said Klein, adding that most farmers had already locked in their fertilizer purchases for the 2021 crop season before prices for all fertilizer types began a historic ascent.

Investors purchasing farmland for alternative uses such as wind and solar farms is also on the rise, helping to fuel both demand and value for land, according to Klein.

Highlights from the “Illinois Farmland Values and Lease Trend Report for 2022,” issued by the Illinois Society of Professional Farm Managers and Rural Appraisers (ISPFMRA), were presented at the 2022 Illinois Land Values conference held in Bloomington. Data was organized into 10 regions covering the 102 counties of Illinois, with each region assigned a committee to compile the data and findings.

The survey affirmed McLean County’s reputation as home to some of the top farm real estate acreage in the state, with most cropland classified as Class A, or best of the best. Class A farm real estate saw the biggest jump in value from 2021 to 2022, according to the ISPFMRA report.

“Leading the charge was Class A or ‘Excellent’ acreage. It is a number that can take your breath away but across the entire state, the regions with Class A farmland experienced a rise of 30% from 2020,” reported Luke Worrell, of Worrell Land Services in Jacksonville, who was general chair of the 2022 Illinois Farmland Values and Survey. “The jump didn’t end with Class A acreage. Lower classifications like B (Good), C (Average), and D (Fair) all saw collective jumps of 20% or more. Even recreational or mixed-use properties elevated significantly throughout certain pockets of the state.”

In the report, Worrell noted that the calendar flipped to 2021 with land sales on the upswing and not retreating. At least two major factors contributed to the price spike, according to Worrell.

“Many growers were able to sell their 2021 grain nearly 50% higher than they did with their 2020 grain. It stands to reason that when potential gross farm income can see that jump, values could rise. Additionally, interest rates are still historically low. Borrowing strength is strong and there are many cash buyers out there,” he said.

Easing tensions with China over Trump-era trade embargoes and other macroeconomic developments helped increase demand for Illinois grain, further improving land values, Worrell stated, as did a reduction in the number of available farms in 2020 compared to the prior year.

“These reasons and other moving parts of a global economy have the market racing upwards,” said Worrell.

A recent Bloomberg opinion piece by columnist Adam Minter noted that around 23 percent of beginning farmers sell through regional and local markets and — as any visitor to a Midwestern farmers’ market can attest — many of them are young.

“Like young homebuyers in big cities, however, they rent more and own less land than their veteran counterparts. Today’s surging land prices make the challenge more difficult. But it is certainly not a new challenge,” said Minter.

In the 1980s, Congress mandated that banks participate in agricultural lending programs to embrace young, beginning and small farmers. The program and others like it were moderately successful, according to Minter, but the continued ownership gap suggests that participating banks could do more.

“To encourage them, the administration of President Joe Biden is proposing to begin scoring banks on how well they extend credit to new and beginning farmers. Its rule, which is in the midst of a 60-day comment period, would encourage lending. It should be adopted,” Minter opined.

“Meanwhile, Congress should consider measures that will encourage retiring farmers to sell their land to new ones. One model can be found in Ohio, which recently created a program to provide tax credits to farmers who sell or lease land to young farmers under certain conditions.”

Klein points to grant programs available through the USDA for beginning farmers as evidence that federal help in acquiring land does exist. He also feels that local banks are generally receptive to loaning money to fledgling farmers, but only to the extent of their capacity to repay the loan.

“One of the lessons from the 1980s was not to lend money just on the land value itself, but also to understand what the income potential of the land is, and not to let the borrower become so over-leveraged that if things did turn down in the value process they weren’t upside down so far that they couldn’t get out of it,” Klein said.

Cropland is an investment that has proven consistently profitable, making it a target for capital investors and non-farmers seeking to purchase land, especially in central Illinois.

“Farmland is like a Class A stock. We just have some of the best farmland in the world and we are very fortunate to be in a very productive area that has good weather patterns. This leads to higher production and higher returns to the farmland,” said Klein. “When you add in the alternative uses, those all add to the stabilization of farmland values, versus just what the commodity prices may do in going up and down.”

In the 2022 ISPFMRA Farmland Values report, Worrell conceded that the number of farm sales to individuals or families looking to break into farming in 2021 were fewer than in past years.

“While we still see a majority of local buyers, the presence of large institutional buyers and ‘mega-wealthy’ interest has increased over the last year,” he said.