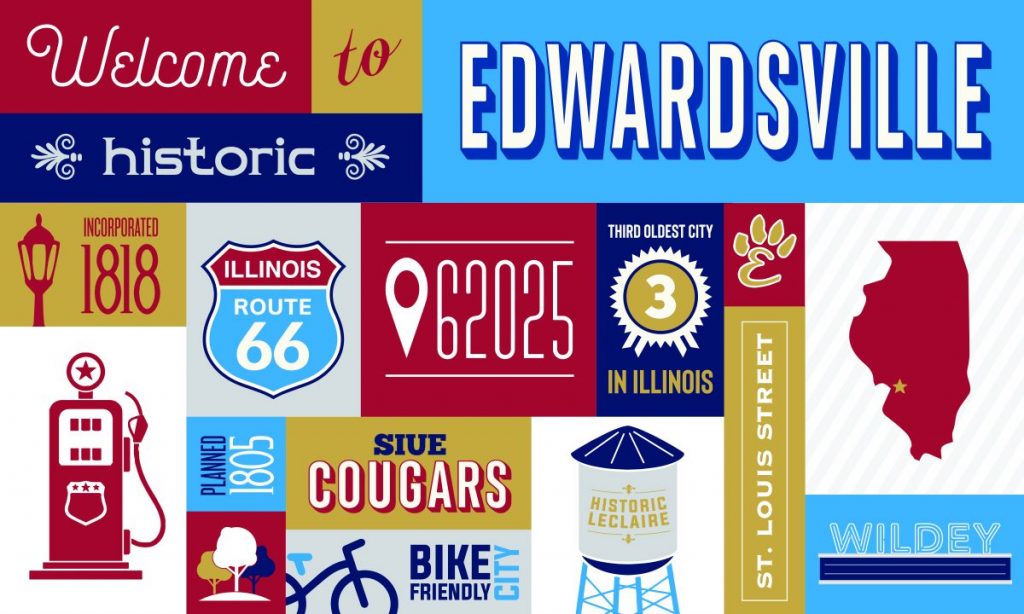 Nearly 100 years after Route 66 first made its mark on the way Americans travel, it’s leaving another mark — this time on a blank wall in downtown Edwardsville.

A St. Louis County artist has begun turning a building wall on the southeast corner of East Vandalia and South Main streets into one of 11 murals highlighting Route 66 in southern Illinois towns. The hand-painted project is expected to take about a week to complete.

Daniel Ricketts of St. Louis Sign & Mural began working on the Edwardsville mural, the second of 11 that will be installed. It’s part of a Mural Trail being created to highlight Route 66 in an effort led by the Great Rivers & Routes Tourism Bureau. Route 66, the so-called Mother Road that spanned at least 2,400 miles from Chicago to Los Angeles, turns 100 in 2026.

In May, the tourism bureau received a $919,000 Route 66 state grant to fund the murals and a series of other projects highlighting the historic highway.

“In four years, Route 66 will celebrate its centennial birthday. We want to be part of the Illinois and national celebration with a new and exciting stretch of the Mother Road in southwest Illinois,” said Cory Jobe, president/CEO of the Great Rivers & Routes Tourism Bureau. “This grant will enable us to do that and help communities along the Last 100 Miles of Route 66 in Illinois shine.”

In addition to the mural underway in Edwardsville, the postcard-style paintings will be installed in Hamel, Granite City, Livingston, Staunton, Carlinville, Girard, Gillespie, Virden and Litchfield. The first mural was completed in Collinsville earlier this month.

“We are excited to see a new mural in Edwardsville. While this is a design that is being shared by 12 cities along the route, we take pride in some of our additions that make Edwardsville unique, including the Leclaire water tower, our Tiger paw and trees for our Tree City distinction,” Ward 7 Alderwoman Elizabeth Grant said. “This will be a tourist attraction for all ages, and especially our Instagram friends.”

The murals will have a similar layout, but will feature signature touches for each Route 66 city where they will be placed.

“We’re proud to showcase the role that Edwardsville played in Route 66 history with this mural,” Mayor Art Risavy said.

The building is the property of LJC Partners, which is owned by Matt and Kristen Pfund. The building had a mural painted on it at one time, Kristen Pfund said, so using it for this purpose was an exciting prospect.