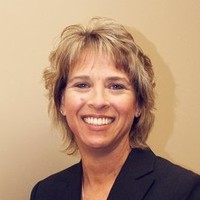 “We are excited to have Martha transition into the role of Regional Deposit Manager,” says Bethanie Cougill, VP, Southern Illinois Deposit Division Manager of First Mid Bank & Trust. “She brings extensive banking knowledge to her new position as well as deep ties to the community. She is a wonderful asset to First Mid and I am extremely confident she will serve her communities and colleagues well in her new role.”

Schultz will be responsible for overseeing the Alton, Edwardsville, Fairview Heights, Highland, and Wood River banking centers in the Metro region of the First Mid banking footprint. She joined the former First Clover Leaf Bank in 2006 and previously held the positions of Branch Manager, Market Manager, and Wood River Community President. Prior to joining First Mid, Schultz served as Branch Manager with the Bank of Edwardsville and received various certifications and a degree from the American Institute of Banking.

She volunteers with the RiverBend Growth Association by serving on their board of directors, chairing the Small Business of the Month Committee, sitting on the Golf Committee, and representing the chamber in the community as an Ambassador. Schultz also volunteers with the Wood River Woman’s Club, Boys & Girls Club of Bethalto, Alton Woman’s Home Association, and RiverBend Family Ministries.

As a result of Schultz’s promotion, Ryan Indermark and Ashley Wasser have each been promoted to the position of Market Manager.

In Indermark’s new role, he will be responsible for managing the daily operations of the Fairview Heights and Highland banking centers. He joined First Mid in 2019 and previously held the position of Branch Manager. Indermark earned his Bachelor of Business Administration from the University of Illinois Springfield.

In Wasser’s new role, she will be responsible for managing the daily operations of the Alton and Wood River banking centers. She joined the former First Clover Leaf Bank in 2008 and previously held the positions of Teller, Personal Banker, Assistant Branch Manager, and Branch Manager. Wasser earned her Bachelor of Arts from Blackburn College.