Melissa Crockett Meske, a veteran journalist and business executive in Southwestern Illinois, has been named editor of the Illinois Business Journal.

Greg Hoskins, publisher of Better Newspapers, which owns the paper, said Meske will take on the role long held by Dennis Grubaugh, who is scaling back responsibilities in preparation for retirement.

“We’ve found the right editor for the IBJ,” Hoskins said. “She knows this market, she knows the news business and she has a passion for the issues that drive progress in the region.” 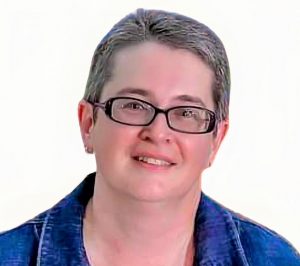 Meske will also hold a dual role advising the editorial team at the Times-Tribune, a Madison County-based, weekly publication owned by Better Newspapers.

As longtime owner of her own content-creation business, Meske has published pieces in many of the region’s newspapers, including the IBJ. She has worked as reporter/editor for AdVantage News in Godfrey and as regional editor for the former Campbell Publications in Jerseyville. At one time, Meske also served as executive director of Jacoby Arts Center in Alton. Part of the adjunct faculty pool in the Business Division at Lewis and Clark Community College in Godfrey, she previously managed the college’s work-based learning initiative for many years.

A Jerseyville native with family ties to the Alton area, she now makes her home in Bunker Hill along with husband Kevin.

“I am looking forward to this opportunity in front of me, working with Better Newspapers and their publications of the Illinois Business Journal and the Times-Tribune,” Meske said. “I am honored to be following in the footsteps of Dennis Grubaugh, a force in the world of journalism and a true mentor to me throughout my career.”

Grubaugh and partner Alan Ortbals sold the Illinois Business Journal to Better Newspapers in May 2019. Ortbals retired at the time, while Grubaugh agreed to stay as editor until closer to retirement.

“I also look forward to helping the Troy editorial team shape each edition into an even stronger, go-to news source. The future of both publications, and of the company, is exciting and bright, and I am thrilled about being a part of it all,” she said.

Editor’s note: This story appears in the July edition of the Illinois Business Journal. For more stories go to the Current Edition link at ibjonline.com.