In a special session on Wednesday, the county board will consider certain proposed ordinance changes relating to board oversight and the authority of the chairman over county board administration. These changes have been opposed by Chairman Kurt Prenzler. But today, the other five GOP county-wide officials came out in strong support of the plan due to a recent lawsuit costing 1.3 million to taxpayers and many other personnel problems.

“We all believe these proposed changes are reasonable and responsible. We fully support them,” said Circuit Clerk Tom McRae, County Auditor David Michael, State’s Attorney Tom Haine, Treasurer Chris Slusser, and Regional Superintendent of Schools Rob Werden in a joint statement. “As independent elected officials, we need the county administration to work smoothly and efficiently so we can do our jobs well. Every Republican county-wide elected official agrees that Chairman Prenzler’s inept management and bad judgment is wasting taxpayer resources and harming our abilities to serve the citizens of Madison County. This action is long overdue, and we commend the Board’s leadership in pursuing these ordinance updates even in the face of personal attacks.”

“The idea of additional Board oversight and involvement in County Administration has been rumored for a while, especially since Prenzler’s most recent defeat last spring when the former Community Development Director’s lawsuit for sexual harassment and wrongful termination ended up costing the county over $1.3 million,” said McRae, Michael, Haine, Slusser, and Werden. “Since then we all have seen the continued revolving door of department heads, misguided appointments and personnel decisions, and a County Chairman who maintained an ongoing professional relationship with two fired former administrators even while these same fired employees were filing and litigating scores of lawsuits against the County. With all of this as background, the fact that Mr. Prenzler apparently thinks these changes are about PTELL just shows that he apparently has no idea what is happening inside the County government.”

“Mr. Prenzler will still be County Board Chairman with all the powers guaranteed by State Statute,” concluded McRae, Michael, Haine, Slusser, and Werden. “At the same time, the elected County Board will have increased oversight and authority over County Board Administration matters, which are its responsibility. That makes a lot of sense. We encourage the Board to see this plan through.” 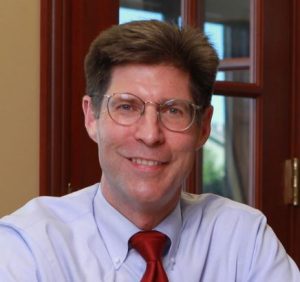 Responding to this joint statement, Madison County Chairman Kurt Prenzler denied the request from other Republican office holders for oversight for his office. He termed it meddling in county board politics, stating, “It was unfortunate that other Republican officeholders weighed in and continue to interfere in county board business. I’m in the oversight business. That’s how I got here.”

Prenzler said that his political career began as a reformer and continues as such.

“In 2006, I was the only Republican willing to take on the Democrat machine, except for judicial candidates,” Prenzler said. “I blew the whistle on treasurer Fred Bathon, who went to federal prison. I lost that first election, but then won in 2010, which allowed me to reduce the cost of the treasurer’s office by 30 percent in 30 days. I reformed an investment scheme in the treasurer’s office. In 2011, 2017 and 2018, I led the fight to defeat a proposed county-wide 1 percent sales tax. In 2016, I led an effort to collect 10,000 signatures to put a tax cut referendum on the ballot, which passed 4 to 1.”

Before the recent June 28 primary election, Prenzler endorsed some Republican candidates for the county board. Some of these challengers defeated incumbents and Prenzler says what is happening is “payback” for this.

The defining issue in all of these races was PTELL (Property Tax Extension Limitation Law). PTELL caps property tax rates for most taxing districts at the rate of inflation, but PTELL must be enacted by a public referendum, and only the county board can put it on the ballot. “If PTELL could be put on the ballot by petition, I guarantee you I could lead an effort to get 30,000 signatures,” Prenzler said. “But the law says only the county board can authorize a public vote.”

In 2018 and 2020 Prenzler asked the county board to put PTELL on the ballot, and both times the county board refused. In 2020, the Republicans split, some voting to put it on the ballot, but some joined with the Democrats to block it. “The Republicans who denied taxpayers the opportunity to vote on this tax referendum were challenged in the primary,” Prenzler said. “My endorsements were not personal, but policy: pro-taxpayer policy.”

The $1.3 million dollar legal settlement stemmed from a female employee’s complaint about a former Republican county board member’s conduct. “She trusted me and made her allegations to me on Wednesday afternoon, June 7, 2017,” Prenzler said. “Two days later I asked the county board member to resign. But he refused – saying he was an elected official.” That county board served for his entire four-year term. “And I worked hard to defeat him in the next Republican primary,” Prenzler said. “By the way, this Republican also joined with Democrats to keep PTELL off the ballot.”

Prenzler cited higher gas, food and electricity prices for his insistence to put PTELL on the ballot. “Even at the risk of ruffling feathers, we must do everything we can do to help the taxpayer,” Prenzler said. 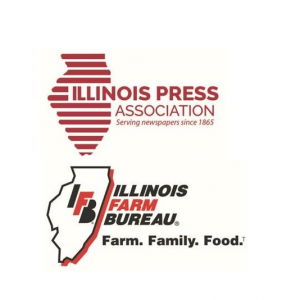