In a letter to the editor dated July 4, 2022, retired State Rep. Dwight Kay from Glen Carbon, representing Illinois’ 112th District from 2011 to 2017, weighed in on the call from five other Madison County officials for oversight of Board Chairman Kurt Prenzler: 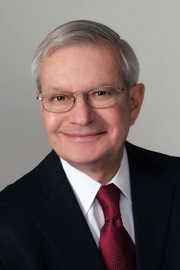 Over the weekend I was made aware that twelve Madison County board members have quickly called a Special Meeting of the County Board to be conducted on July 6, 5 p.m. at the County Administration Building. The sole purpose of this rushed meeting is to diminish the powers and duties of County Board Chairman, Kurt Prenzler.

Attached to the request for a Special Meeting of the County Board was a brief summary of charges made against the Chairman. Since the Summary of Charges bore no signatory I can only conclude some, if not all, twelve Board members, drafted the charges in support of their Special Meeting. The charges levied against the Chairman are poorly written and confusing, specious, and categorically false. The charges are unsupported by facts, data or evidence rendering the charges and Special Meeting akin to a high-tech lynching by a small group of Republicans against a two-time elected Chairman, who is also a Republican.

You may wonder, as Republicans, how we came so quickly to the use of language tantamount to libel for the purpose of smearing the Chairman so that his normal job responsibilities might be snatched away from him. The answer is simple.

A week ago some County Board Members who have served for a long time were defeated in the primary. One important issue in the primary was PTELL (Property Tax Extension Limitation Law) which would allow voters to decide proposed tax increases themselves at the polls. Chairman Prenzler has always been a proponent of voter choice, but all County Board members did not support PTELL, which is their right. Mind you, these two reasons do not grant any person or group the right to defame Mr. Prenzler’s work or destroy his reputation.

I plan to attend to the Special Meeting of the County Board on July 6, to show my unqualified support for Kurt Prenzler.

If you see this as the farce I do, I’m asking as many of you that are able to attend the meeting on July 6, to support the Chairman.