A race with implications for Metro East was decided on Tuesday night.

Nikki Budzinski decisively won the Democratic primary in Illinois’ 13th Congressional District and will square off against Republican Regan Deering in the November General Election.

Budzinski, of Springfield, won all seven counties in the district. Deering, of Decatur (shown left), was the apparent winner in a close race Tuesday night. 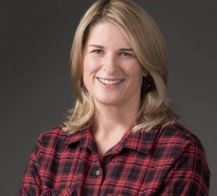 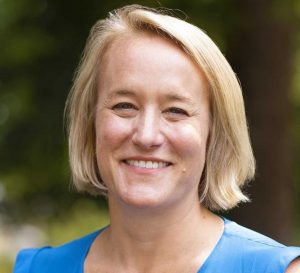 Budzinski (shown right) made the following statement: “Working families in Central and Southern Illinois need a representative who will fight inflation, tackle rising costs of gas and energy, and stand up for them. We are facing real struggles and people deserve action now.”

“In Congress, I will focus on bringing people together and getting things done for working families – the same thing I have spent my career doing. The stakes are too high right now to play partisan politics or deliver false promises. I will be a tireless champion for working families in Congress and I am looking forward to meeting voters across the district over the next 5 months and earning their support.”

The Associated Press reported Budzinski had 18,297 votes, or 77.3 percent with an estimated 48.8 percent of the votes counted in the primary while her opponent, David Palmer had 5,380 votes, or 22.7 percent, according to unofficial results.

In the Republican primary for the 13th Congressional District, Deering vied against three other candidates, Jesse Reising, Matt Hausman and Terry Martin.

The 13th Congressional District was redrawn last year by Democrats, taking in key communities that once been part of the 12th Congressional District represented by Republican Mike Bost, of Murphysboro. Among communities now in the 13th are Belleville, East St. Louis and parts of Edwardsville and Collinsville. The district stretches far to the north to include parts of Springfield, Decatur and Champaign-Urbana.

Deering’s campaign sent out a message at 11:25 Tuesday night:

On January 26, 2022, we said, ‘[Regan] will travel the district to share her message of support for safe neighborhoods, great schools, growing economies, job creation, and a desire to unite around the American spirit.’ And Regan did just that – winning the hearts & minds of Republican primary voters all across the great IL13. No one will outwork Regan Deering as she moves on to the general to defeat Nikki Budzinski and the far-Left agenda that is destroying our country and crippling our economy. Vote Regan Deering to turn our country around, STOP Biden’s inflation, and secure our border.

Deering said: “As the Republican nominee in IL13, I will work hard to earn the support of voters across the district who are looking for an elected leader in Washington to be their voice. I will be a common-sense problem solver that will fight to get our country back on track and put the people first.  To change Washington, we need to send people with the right heart, motivation, real-world experience, and work ethic to get things done for Americans.  Right now it feels like our government is not working for us and we need to elect people like me who want to make progress, not just noise.”

Budzinski, 45, was a senior adviser to Gov. J.B. Pritzker during his first year as governor.

Deering, 46, has described herself as a community advocate and philanthropist.

The 13th District includes parts of Madison, St. Clair, Champaign, Macon, Piatt and Sangamon counties, and all of Macoupin County.

The seat was open after incumbent Republican U.S. Rep. Rodney Davis decided to run in the new 15th Congressional District. He lost the GOP primary to U.S. Rep. Mary Miller on Tuesday.