First Busey Corp. has announced the election of Cassandra Sanford as an independent director of the board of directors. Her election brings the board to 10 members. She has been a director of Busey Bank since January 2021. 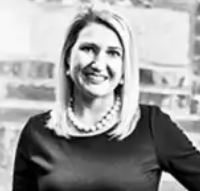 Sanford’s election follows the retirement of longtime Director Thomas G. Sloan on May 25.

Sloan served as a director of Busey Bank from 2007 until his election to the First Busey board in 2010. For almost three decades, he provided invaluable service to Busey and its predecessor organizations — including both First National Bank of Decatur and Main Street Trust Inc.

Sanford is co-founder and CEO of KellyMitchell Group, a technology workforce solutions company helping organizations achieve their IT goals by providing a hi-tech, flexible workforce. Founded in 1998, the company is headquartered in St. Louis, and has nearly 20 service locations across North America. Sanford has been honored with numerous awards including Titan 100 by Titan CEO, the Entrepreneurial Woman of the Year Award from the Women’s Business Development Center, Women’s Hall of Fame Inductee by the American Institute of Diversity and Commerce Enterprising Woman of the Year by Enterprising Women Magazine, Most Influential Business Woman by the St. Louis Business Journal and Business Person of the Year by the Clayton, Mo., Chamber of Commerce.

A graduate of Saint Louis University, Sanford earned a J.D. in Law and a Bachelor of Arts in Political Science and Russian Studies. In addition, she is a licensed attorney by the Missouri Bar Association. She serves on the Boards of Directors of numerous organizations, including Mercy East Hospital, The Magic House Children’s Museum, Women’s Business Development Center of Chicago and the United Way of Greater St. Louis.