As the nation processes the horrific shooting in Uvalde, texas, where 19 children and two teachers were killed, teachers’ unions across Illinois and America are pushing lawmakers, for stricter gun control measures and mental health support for teachers and students. 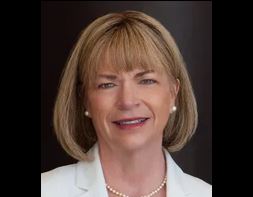 Kathi Griffin, president of the Illinois Education Association, which represents about 135,000 teachers and education support staff across the state, explained the effect on schools.

“Anytime someone is injured in school or killed at the hand of another, it is heartbreaking,” said Griffin (shown). “And it isn’t just the teachers, it is our kids. On top of the trauma of the pandemic.”

In 2019, the IEA helped push through the general assembly the School Threat Assessment law, requiring schools to build threat assessments and take a preventive approach to school violence.

Griffin pointed out the National Education Association offers trauma training for teachers, which can in turn help students.

The Economic Policy Institute estimates America’s supply of teachers will be 200,000 below its projected demand by 2025.

Randi Weingarten, president of the American Federation of Teachers, spoke to a congressional subcommittee Wednesday. She said counseling, mental health support, and investments in “community schools,” which integrate academics, health and social supports, will help keep teachers in education.

“Full-service community schools will actually help kids and help teachers teach and identify problems that we see before we see these kinds of awful situations that we saw last night,” Weingarten contended.

Illinois has long struggled with gun violence, in part due to gun trafficking from states with looser gun rules. According to Chicago’s 2017 gun trace report, about six of 10 guns recovered after a crime in the previous three years came from outside the state, mostly from neighboring Indiana.