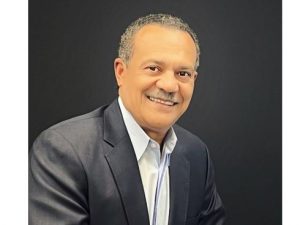 After a distinguished 20-year career in the energy sector and 45 years of business and civic leadership, Richard J. Mark, chairman and president, Ameren Illinois, announced his intention to retire on Aug.1, 2022. Upon reaching a final decision, Ameren leaders will announce Mark’s successor.

“Richard has been a difference-maker for our company, having served in leadership positions for both Ameren Missouri and Ameren Illinois,” said Martin J. Lyons, Jr., president and chief executive officer, Ameren Corp. “He has always focused on doing what’s best for our customers and I extend my gratitude for his many contributions to Ameren and our communities.”

Mark was promoted to president of Ameren Illinois in 2012 after 10 years in executive leadership for Ameren Missouri. Since joining Ameren Illinois, he has helped shape constructive regulatory policy that has modernized the energy sector in the state. Under his direction, Ameren Illinois has undertaken a transformative overhaul of the Illinois electric grid and natural gas infrastructure, installing advanced technologies, improving reliability, reducing outages, and creating thousands of jobs in communities throughout central and southern Illinois. Mark’s focus on customer satisfaction earned Ameren Illinois a top-tier ranking among Midwest Large Utilities by JD Power.

“Leading Ameren Illinois has been the privilege of my lifetime,” said Mark, a Collinsville, Illinois native. “I have been fortunate to be surrounded by a dedicated team that shared my passion for our customers. I’m proud of what we have accomplished together and I’m confident that even better things are ahead for Ameren Illinois.”

Among his accomplishments, Mark is credited with increasing Ameren Illinois’ corporate philanthropy efforts and focusing on building stronger local communities. In 10 years, he directed more than $22 million in donations to Downstate Illinois non-profits and service organizations and stepped up the company’s volunteer efforts for charitable causes. As a champion of diversity, Mark opened doors for more minorities to grow into leadership positions in Ameren Illinois and increased the value of goods and services purchased from minority- and women-owned suppliers by 34% over ten years.

Mark has received three honorary doctorate degrees for his civic and community work, along with hundreds of community service and leadership awards. Later this month, he will be honored with the Lifetime Achievement Award by the Boy Scouts of America. He has been recognized by Black Enterprise and Savoy magazines as one of the top 100 most influential black businessmen in America. He received the Senator Richard H. Newhouse Award from the Illinois Legislative Black Caucus Foundation and a Leadership Award from the Midwest Energy Efficiency Alliance.

Mark serves on multiple boards of directors, including Tenet Healthcare Corporation, Madison Mutual Insurance Company, the Abraham Lincoln Presidential Library Foundation, and Fontbonne University; and he is chairman of the Leadership Council of Southwestern Illinois. He is a founding director of the Illinois Utilities Business Diversity Council and serves on the board of directors of the American Gas Association.