U.S. Bank says it is the first financial institution in the United States to offer Spanish-speaking customers to bank via mobile app in their preferred language – just by speaking it.

Customers who set their language preference to Spanish in the U.S. Bank Mobile App will be able to check balances and transactions, transfer and send money, track their credit score, lock and unlock their card, make payments, and  search for many other functions. Asistente Inteligente also supports texts. 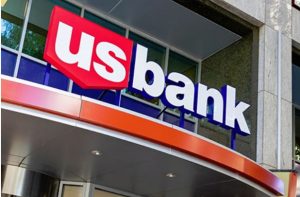 Asistente Inteligente was launched with the expertise of Spanish speakers, and Hispanic employees in the U.S. Bank Nosotros Latinos Business Resource Group helped test it, to ensure customers always experience the proper language usage in its proper context. U.S. Bank designers and developers took great care to ensure accuracy and a consistent tone and nomenclature.

“Translation apps sometimes struggle to decipher words with more than one meaning, such as ‘balance’ – are we talking about your equilibrium or how much money is in your account?” said Richard Weeks, head of conversational experiences and capabilities at U.S. Bank. “Our software engineers solved for that through a hybrid approach using smart technology, natural language processing and real-time interpretation.”

By talking or texting with Asistente Inteligente, Spanish speaking customers have an incredibly easy and simple way to navigate the numerous features of the award-winning U.S. Bank Mobile App. It’s part of the bank’s broader effort to provide leading Spanish-language digital capabilities to Hispanic customers.

“Sometimes language can be a barrier to accessing best-in-class financial services, and U.S. Bank is focused on eliminating barriers,” said Ramiro Padilla Klein, U.S. Bank vice president for Hispanic segment strategy. “Asistente Inteligente is an innovative first-in-the-industry technology, which shows Latino and Hispanic Americans that we’re here for them. They can confidently ask questions in their preferred language with this new financial tool.”

Spanish is the second most-spoken language in the United States – more than 13% of the population uses it, according to the U.S. Census.

Service in Spanish is Hispanic customers’ second-highest priority when choosing a bank, behind only branch location, according to MRI-Simmons’ National Consumer Study.

When it comes to digital banking, mobile devices play a larger role for Hispanic adults compared with white adults. A quarter of Hispanics are “smartphone-only” internet users – meaning they own a smartphone but don’t have traditional home broadband services, according to a Pew Research Center survey. That is compared with just 12 percent of white adults and 17 percent of Black adults.