Wisper Internet has made significant upgrades of network infrastructure serving the residents and community of Fairmont City, and more is planned.

The $500,000 upgrade includes the installation of all-new Tarana technology on both the transmission towers and more than 350 homes and businesses. A parallel project has also included sweeping upgrades to equipment supplying the wireless internet signals in downtown St. Louis. 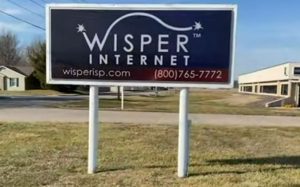 Wisper Founder and CEO Nathan Stooke explained Fairmont City was one of the first communities Wisper provided service to shortly after the company was founded in 2003.

“After nearly two decades of providing internet service to more than half of its households, Wisper’s commitment to the residents of Fairmont City is as strong as it’s ever been and unwavering,” Stook said. “This high dollar infrastructure and network upgrade highlights Wisper never stops caring about its customers from the very beginning and into the future.”

Wisper completed the first phase of the project on three existing towers in Fairmont City in April. At that time, crews transition to equipment upgrades on individual customer homes and businesses throughout Fairmont City.

Wisper ISP, LLC, based in Mascoutah, is a homegrown wireless internet service provider with 200 employees and 20,000 subscribers across Arkansas, Illinois, Indiana, Kansas, Missouri, and Oklahoma.