C.A. Jones Inc., a Metro East home builder, has appointed a new president, only the second in the company’s 27th year in business. 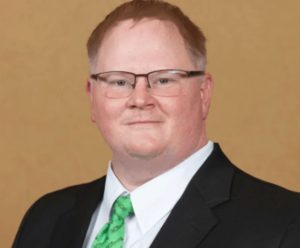 Michael Needles, who has been vice president and worked at the company several years, will take on the role of founder Chris Jones, who is retiring in June.

“We have an amazingly talented and dedicated team here at C.A. Jones, I am honored and humbled to lead us into our next era,” Needles said.

This year C.A. Jones Inc. is celebrating a milestone — in May it will have closed on its 900th home in the Metro East.

C.A. Jones, Inc has been active in giving back to the communities its serves.  It has donated more than 12,200 cans of food to the Cougar Cupboard food pantry at SIUE, as well as awarded scholarships to students through the Schools of Business and Engineering.

Through a partnership with the Illinois Center for Autism, C.A. Jones Inc. has raised thousands of dollars for the center by making donations from every home sold in the Metro East.  It has increased awareness for the center and its Pasta Fare Restaurant by providing coupons and certificates to all its home buyers, as well as sharing its messages through C.A Jones Inc.’s social media channels.

Currently, C.A. Jones Inc. has also teamed up with the O’Fallon chapter of Habitat for Humanity to act as the general contractor on the construction of two new homes in O’Fallon for some deserving families.

“It is so important that we continue to give back to the communities that we serve and that have given us so much,” Needles said. “We will continue to find ways to grow our community involvement and have a positive impact on as many lives as we can.”

For more information about C. A. Jones Inc., visit www.cajonesinc.com.