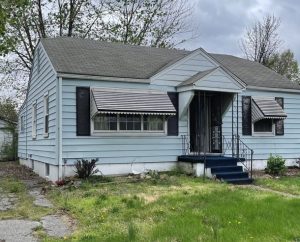 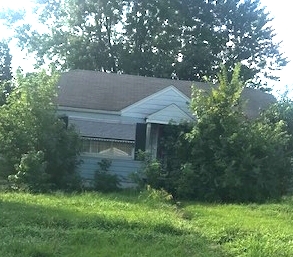 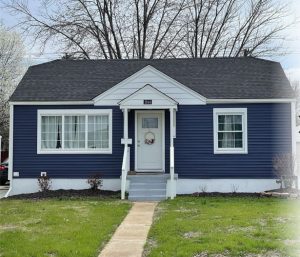 Before and after views of a recently remodeled home on Adams Street in Granite City.

The beginning of a hoped-for major housing transformation is occurring in Granite City.

The city is taking an entrepreneurial approach to revitalize its housing stock, attract investment and bolster pride in home ownership.

A pilot program is intended to incentivize homebuyers and investors to increase home ownership in the historic neighborhoods of Lincoln Place, West Granite and the downtown area.

The plans calls for pairing two economic development incentives. One would waive sales tax for major home improvements. The other would hold a homeowner’s property tax constant for 10 years, based upon the assessed value prior to any home improvements.

Granite City officials see such incentives as key to bringing in median-income families and placing home ownership within their reach.

“We have older housing stock that still has its character and charm,” said Mayor Mike Parkinson. “With the vision and investment, these houses can become homes for median-income residents. As we take this approach and incentivize investors to fix up these houses and flip them, we can attract working-class families to come in and buy these properties, knowing that their property taxes will remain constant for a period of 10 years. Our housing affordability provides families the opportunity to buy a quality home and still be able to take their family on vacation and save for retirement.”

“The two-fold approach requires at least $10,000 in home improvements to be made for the first incentive – the sales tax waiver on materials and labor – to take effect,” said Granite City Economic Development Director Cathy Hamilton. The second and longer-term incentive, the tax abatement component, promises a new homeowner 10 years of property taxes based upon the assessed amount prior to any improvements taking place.

To the city, this strategy is seen as the ideal answer to the long-term reinvestment, stability and prosperity.

“We’re seeking to give a young family just starting out a true leg up and a compelling reason to buy a home in our city,” Parkinson said. “Home ownership, education, quality of life and employment base are all interconnected. For Granite to continue attracting employers, a steady population of students in our school system and more, we first have to bring home ownership back to the city and with it a renewed sense of pride in our community. We strongly believe these incentives will do that.”

The city knows the demand for quality and affordable housing is high from its recent sale of a rehabbed house in its One House at a Time program. In early 2021, the city purchased a rundown home on Adams Street and sold it to a rehabber who understood and agreed to the terms of the program. The rehabber completely gutted the home, redid the layout and transformed the house to meet the standards of today’s homebuyer, said Hamilton.

“In a neighborhood that usually sells in the $70,000 to $80,000 range, this house was under contract in three days for over its asking price at $110,100. We took the worst house on the block, a home located just two blocks from the nicest park in Madison County, and one that had been vacant for more than three years,” she added. “It sold to a young family with a deed restriction requiring it to remain owner-occupied for five years.”

The city is currently awaiting approval from the state of Illinois and from Granite City’s impacted taxing entities. Parkinson says state approval is imminent. Granite plans to move forward with the local taxing entities that agree to the proposed 10-year property tax abatement.

Widespread infrastructural improvements are also planned for Granite City, thanks to the city’s receipt of federal assistance from the American Recovery and Reinvestment Act. The city administration is also directing an aggressive clean-up of neighborhoods that includes demolition of many targeted derelict properties, Parkinson said.