Keith Williamson, president of the Centene Charitable Foundation, has been named the 2022-2024 chair of the board of directors for United Way of Greater St. Louis. He succeeds Michael Moehn, executive vice president and chief financial officer at Ameren Corp. and president of Ameren Services, who held the board chair position since 2020. 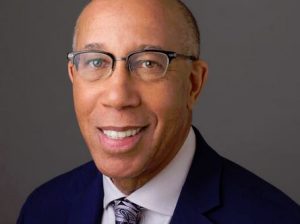 “United Way is the backbone of the St. Louis community, providing support for hundreds of organizations and programs that are critical to the strength and success of our region,” said Williamson. “This year is a very special milestone as United Way celebrates its 100-year anniversary, and I am honored to serve as board chair during this exciting time in the organization’s history. I look forward to working with United Way’s leadership and board to continue making a meaningful impact for our neighbors.”

Williamson became president of Centene’s Charitable Foundation in 2020 after serving for 13 years as the organization’s general counsel. Prior to joining Centene, Williamson worked for Pitney Bowes for 18 years after beginning his career with Covington & Burling.

He has previously served as board chair for the Urban League of Metro St. Louis and The Opportunity Trust. Additionally, he has served on the boards of the St. Louis Art Museum, KIPP- St. Louis charter schools, and Mathew-Dickeys Boys & Girls Club. In 2017, he was named Corporate Counsel of the Year by the St. Louis Business Journal.

“We are delighted to have Keith as our new board chair as his years of expertise and leadership will greatly benefit United Way and the communities we serve,” said Michelle Tucker, president and CEO of United Way of Greater St. Louis. “Keith has been a strong supporter and volunteer with United Way for many years and his passion for helping people is evident through this commitment. I am excited for his leadership and enthusiasm as we continue to focus our efforts on innovative and transformative change for our community.”