Gov. JB Pritzker announced Tuesday that Illinois Department of Labor Director Michael Kleinik is retiring from the department. Kleinik was appointed by the governor in January 2019 and unanimously confirmed by the Illinois Senate in May 2019. 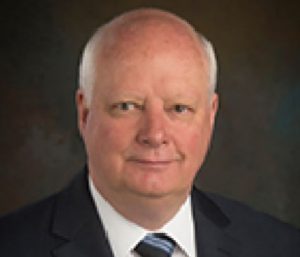 “Director Kleinik has dedicated his life to public service, beginning with his work as a deputy sheriff, followed by his years in the labor movement, and most recently as director of the Illinois Department of Labor,” said Pritzker. “Mike has been a valued member of the administration since my first year in office and has served the people of Illinois tirelessly. On behalf of a grateful state, I wish him a heartfelt congratulations on his well-deserved retirement.”

“It has been a pleasure working for the Illinois Department of Labor and Pritzker administration for the last three years,” said IDOL Director Michael Kleinik. “I am proud of the efforts of the IDOL staff and the results delivered to the people of Illinois, particularly during the uncertainty of COVID. I am confident the department will be in good hands going forward.”

Kleinik first entered public service in 1979 when he served as a deputy sheriff in Bond County. He went on to be elected Fayette County sheriff twice before accepting the role of field supervisor Midwest Region Foundation for the Fair Contracting Midwest Region Laborers’ District Council. During Kleinik’s career, he served as chief of staff for IDOL as well as executive director of the Medical Cannabis Alliance of Illinois.