Ramirez joins Midwest BankCentre from his role as president and chief executive officer of the Hispanic Chamber of Commerce of Metropolitan St. Louis, which he had led since 2011. He was honored in October 2021 with the chamber’s Hispanic Lifetime Achievement Award.

“Karlos Ramirez is deeply rooted in our community and has a track record for driving the business success that uplifts neighborhoods,” said Midwest BankCentre Chairman and CEO Orvin T. Kimbrough. “With the Hispanic population growing rapidly at over 225 percent in the last 30 years, Karlos’ contributions will propel our efforts to reach members of the Latinx community to ensure everyone in St. Louis has access to capital.” 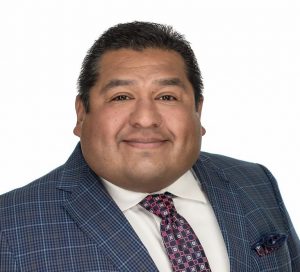 “Since joining the Hispanic Chamber of Commerce of Metropolitan St. Louis over a decade ago, I have helped members of the Hispanic population with their banking needs. Having been a member of the Midwest BankCentre legal board of directors since 2018, I felt confident that I could accelerate the wealth and prosperity of Hispanic community members with greater sustainability by working on access to opportunity and capital. Our success in these efforts is vital to the economic development and success of the St. Louis region.”

At the Hispanic Chamber, Ramirez forged multicultural partnerships, promoted the economic development of Hispanic businesses, and led the chamber’s growth to become the third largest chamber in metro St. Louis. During his tenure, membership more than tripled to exceed 500, and corporate memberships increased seven-fold.

Ramirez serves on the boards of St. Louis Children’s Hospital and the St. Louis Economic Development Partnership. He has been a member of the U.S. Hispanic Chamber of Commerce since 2011. Ramirez formerly served on the Midwest BankCentre legal board (2018-2021) and the boards of the United Way of Greater St. Louis and the St. Louis Sports Commission. Ramirez graduated from Illinois State University with a master’s degree in educational administration and from Northern Illinois University with a bachelor’s degree in education.

Ramirez works at Midwest BankCentre’s branch in Chesterfield and lives in Ballwin, Mo.