The city of Troy is moving forward on economic development plans on multiple levels.

The City Council approved a new business district at its Sept. 23 meeting. Now, it is taking steps toward creating and establishing a new TIF district. The old one will expire in two months after 23 years. 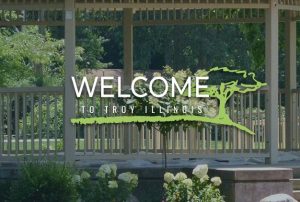 At its Monday, Oct. 4 meeting, the council passed an ordinance providing for a feasibility study designating areas as Redevelopment Project Areas. Moran Economic Development, LLC, the consulting firm that performed this service for the business district, was authorized to do this and made a presentation.

The area proposed for tax increment financing encompasses parcels in Troy’s downtown area.  Of 99 in the proposed new TIF district, Keith Moran said, 70 parcels are already in the old one.

Other taxing districts will be notified about the TIF study.

The city also approved an ordinance authorizing the establishment of the tax increment financing district’s “Interested Parties” registries and adopting registration rules for them.

This is required under the TIF Allocation Redevelopment Act.

“This is the nuts and bolts of what we must do in order to get this process started,” said Village Attorney Fred Keck.

“The interested parties registry is basically a registry that anybody in the city can sign up for so they receive the same materials as the taxing districts as far as what’s going on with the TIF district,” said Keith Moran of Moran Economic Development, LLC.

Persons, organizations and businesses in the city can register and receive updates about changes to the development plan such as costs, adding additional areas, changing the use of the land or an increase of the number of low- or very low-income households to be displaced from the development area.

Tax increment financing, according to the ordinance, is intended to be used by municipalities to address and eradicate problems which cause areas to qualify, generally, as “conservation” or “blighted” areas and to carry out redevelopment projects to help them do this. Redevelopment, which occurs in a designated Redevelopment Project Area, will increase the equalized assessed valuation of the property and thus generate increased  property tax revenues, it read.

This increase or “increment,” the ordinance said, can be used to finance “redevelopment project costs” such as land acquisition, site clearance, building rehabilitation, interest subsidy and the construction of public infrastructure within that same Redevelopment Project Area.

Finally, the council passed a resolution declaring an intent to reimburse the city for certain  redevelopment project costs. This, Keck said, allows TIF funds to pay back the costs of the services that the city is paying for assistance in establishing the TIF.

The next city council meeting will be held on Monday, October 18 at 7:30 p.m. at the Troy Municipal Building.