The Illinois Municipal League elected officers and members to its board of directors at its Annual Business Meeting, held Sept. 25, as a part of the 108th IML Annual Conference at the Hilton Chicago. 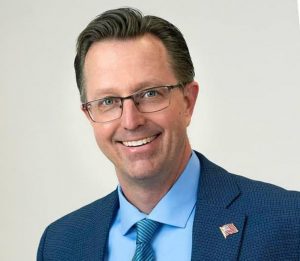 Edwardsville Mayor Art Risavy was elected to serve as a vice president, on the statewide organization’s board of directors.

“It is a privilege to be elected to assist in advocating for the benefit of all 1,296 of Illinois’ municipalities,” said Risavy, who was elected mayor in April. “I look forward to working with municipal officials from across the state in improving not only my community, but the whole state through the exchange of ideas.”

The Illinois Municipal League is the statewide organization representing local communities throughout Illinois. Founded in 1913, IML has worked continuously for the benefit of all 1,296 municipalities in Illinois to provide a formal voice on matters involving common interests.