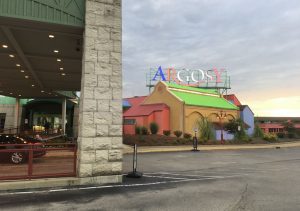 The Argosy Casino in Alton.

EDITOR’S NOTE: Thirty years ago, September 1991, Illinois’ first riverboat gambling facility, the Alton Belle Casino, opened in Alton, thus launching a statewide gaming industry that evolved into storefront and social club video terminals, online gaming and sports betting. Taken together, the enterprises have forever changed the tax structure that the state and host communities now depend upon. The IBJ caught up with the original sponsor of the legislation, retired former state Sen. Denny Jacobs, 83, a Democrat from East Moline, for a lookback on the significance of the birth and growth of legal gambling in Illinois.

IBJ: It’s been 30 years since all this transpired. That’s pretty amazing when you think abo 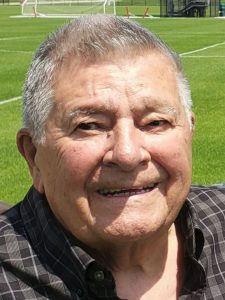 Jacobs: That’s for sure. I didn’t think I’d be alive for that long.

IBJ: How did you get behind the original legislation on this?

Jacobs: It was a simple thing for me. Iowa had passed riverboat gaming and we went over there for their inauguration and saw all the excitement it brought. I said, ‘Hell, we can’t give that to Iowa.’ I thought we had to do this in order to be in a competitive situation. That’s basically the reason.

IBJ: Obviously you were thinking about a revenue stream that would help your community and other communities in the state. What was your thinking there?

Jacobs: In the beginning, it was an incubator idea. Have the old riverboats and the pilots, and we could have a lot of fun with it. Yet at the same time, it had a serious side to it, which most certainly was the revenue stream.

IBJ: How long did it take to get the original bill passed?

Jacobs: Really, we passed it in that first year (enacted in 1990). I think it was close to my first year in office. To have something like that go through (so quickly) was good, old-fashioned luck. And the fact that we had a tremendous House sponsor, Zeke Giorgi. He was the guy who took charge. Zeke was (House Speaker) Mike Madigan’s right hand/left-hand man. (Giorgi died in 1993.)

IBJ: Wasn’t there a lot of opposition?

Jacobs: There was, but it was the obvious opposition. It was the Democrats saying, ‘Most of these river towns are Democrats, and what are we getting out of this?’ Everyone always takes that attitude, unfortunately. Even back then. And the religious sector was vigorously opposed to it.

IBJ: How important was the concept of riverboat vs. land-based?

Jacobs: I don’t think we could have gotten land-based passed. The riverboat aura took the “stench off,” if you want to call it that. Riverboat gave it a little bit of excitement, I think.

IBJ: How did Alton come to be the first? It was quite a race.

Jacobs: (Laughing). That (expletive) Jim McPike! (The retired House majority leader from Alton guided the bill through the legislature and played a substantial role in the outcome).

IBJ: Did you come to Alton when they launched the boat down here?

Jacobs: Yeah, I did, unfortunately (laughs). No, I thought it was great, I had no qualms, I knew ours was coming to Rock Island (in 1992). But you know Jim. He’s for his district and he got a lot for his district. He’s a good friend.

IBJ: What do you think of how gambling has taken hold, all the various formats, video, online — could you ever have conceived of that?

Jacobs: No, I never thought it would be like this. My brother and I were in the vending business, and we had pinballs. Before we took the business over, you had gambling pinballs – you could gamble on the pinballs. We bought the business about the time they passed a law for cease and desist on gaming pinballs. But we could see what kind of revenue that could bring on the local level, on something as minor as that was.

IBJ: If you hadn’t pushed this when you did, do you think legalize gambling would have taken hold in Illinois regardless?

Jacobs: Oh, yeah. Nationally it was taking hold. I’m not keen on having it on the TV lines and the internet. That’s not too people friendly, so to speak. It’s awfully easy to sit at home and lose your money, whereas if you have to go out and lose your money it’s a different story.

The big argument we had after we passed riverboat was, this money was not going to education (as supporters had promised). That’s a half-assed true argument. Whenever you put money in (the state coffers), you can take it out anywhere else. You can drop money from the general fund, as example, for education. Did it all go to education? My response is ‘no,’ but I think most of it did.

IBJ: Do you think the industry is regulated correctly now?

Jacobs: I think so. When I left office (in 2005) it was starting to get in shape with the gaming board. Anytime you have a board overlooking anything it can be a risky proposition. Who do you select on your board? That’s always iffy.

IBJ: Where would Illinois stand now if this hadn’t been approved back then?

Jacobs: That’s the question of the day. I don’t like the idea of every bar and every whip snitch whether it’s a bar or not, getting a liquor license and start gaming. That’s a little bit hairy as far as I’m concerned. But that’s the way of the times. I’d rather have it at the local level than nationally on the internet.

IBJ: Alton was able to build a new police station and other things with gaming money. And East St. Louis, it’s hard telling where they would have been without it.

Jacobs: I can remember that was one of the issues. East St. Louis had just sold City Hall when this was going on. The riverboat saved East St. Louis, you’re right. I think they also helped Rock Island in particular with their share of taxes.

IBJ: What do you think of the license expansions in the works?

Jacobs: I think Chicago should definitely have a casino, if we’re going to have casinos in the state. I remember I was for it at the time but in my discussions with Mayor (Richard) Daley, he said, ‘Uh-uh, we don’t want any part of it.’ There are a lot of little stories I could tell you, the people who didn’t want a riverboat in their town. They’d say, ‘We have our gambling in town and we’re satisfied with it.’

IBJ: Is there anything you would have changed after that first bill, and how you see the industry now?

Jacobs: I don’t know, I think the cat’s out of the bag, and I don’t think we can do anything about it. I never thought of it reaching the extent that it has. From a financial standpoint, you’ll get to the point where you’ve got so many that nobody’s making any money. If that’s the case, you’ve wasted all your time on this effort.

EDITOR’s NOTE: As of 2019, Illinois was home to 10 commercial casinos, as well as more than 7,000 locations with electronic gaming devices. Commercial casinos in the state had $1.4 billion in revenue in 2019, down 1.5 percent from a year earlier. Tax revenue from casino gambling totaled $455.2 million the same year, also 1.5 percent below the previous year’s level. The bulk of casino revenue collected by the state goes towards Illinois’ Education Assistance Fund, and the remainder to local governments that host commercial casinos. Declines in commercial receipts have been attributed to the increase in gaming machines in bars and taverns.

Lotto ticket spending in Illinois totaled $3.0 billion in 2019, which, in combination with commercial casino spending, totaled $4.3 billion. We did not include numbers from 2020 because casinos and many slot establishments were closed for at least three months because of the pandemic.

This story appears in the September edition of the Illinois Business Journal. For more stories from that issue, go to the Current Edition link at ibjonline.com