The Toyota 200 is presented by CK Power. 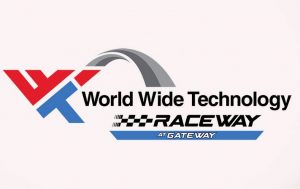 “We’re proud to have the St. Louis Area Toyota Dealers as the title sponsor of the NASCAR Camping World Truck Series event at World Wide Technology Raceway,” said Chris Blair, WWTR’s executive vice president and general manager. “This was a tremendous collaborative effort with Toyota, iHeart Radio and Tailored Media coming together for one of the most popular events on the truck series schedule.

“Toyota teams have enjoyed tremendous success at World Wide Technology Raceway since our return to the NASCAR schedule in 2014. As if those teams weren’t already pumped up to win the first race of the series playoffs, bringing home the Mike Mittler Memorial Trophy in your manufacturer’s sponsored event gives even more motivation to perform.”