State Sen. Christopher Belt, D-Centreville, says women, minorities and people with disabilities will have better employment opportunities with a new law that takes effect next summer.

The law he sponsored in the Senate and signed by the governor this past month changes the job interview process at state agencies. 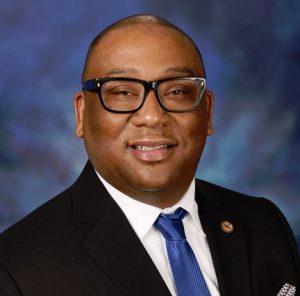 During a multiple stage or panel interview process, if an applicant has a disability or identifies as a minority, a woman, or bilingual, state agencies have to assign an interviewer who represents the same group.

In addition, in an annual report to the governor and General Assembly, state agencies would be required to disclose:

•             the number of interviews in which both the applicant and an interviewer were representative of the same target group, and

•             the number of applicants from target groups who were hired under the Equal Opportunity Employment Interview Initiative.

“Illinois is diverse in many ways, but we need to continue to break down the barriers of systemic racism if we’re to see that diversity in state government,” Belt said. “Having a diverse panel will help our state be more inclusive in the hiring process.”

“We want all minorities to have the same employment opportunities that other people have when applying to work for the state,” Belt said. “It’s essential we identify the issues minorities face and ensure applicants are hired fairly.”