Eugene Verdu, of Belleville, has dedicated his life as a missionary, teacher, gerontologist, and advocate for needy children. Now he’s lending his inspiration to a special one-day event that will celebrate America’s fastest-growing demographic. 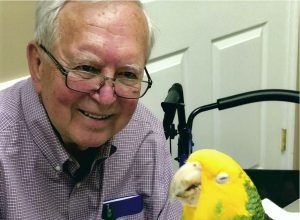 “Love a Senior Day,” a celebration of the contributions of senior citizens, will be held at Belle-Clair Fairgrounds & Expo Center on Oct. 8. A new public charity called the Uncle Gene Foundation, recently founded by Verdu, has accepted an invitation to be the host organization and will collaborate with the nonprofit Love a Senior Company to present the event.

“It’s going to be a big day,” said host organizer Mike Stith, who has been busy lining up sponsors. Stith is volunteering as director of the Uncle Gene Foundation and works closely with and is a volunteer director for Love a Senior Company, a Pueblo, Colo.-based nonprofit that offers free events for seniors around the country.

“We’re getting great early support from sponsors and vendors, as well as from St. Clair County, and support from local mayor’s offices,” Stith said.

The aim of Love a Senior Day is to provide an opportunity for seniors to get out for a day of fun.

“We’ve all been cooped up too long,” Stith said.

Fliers will be distributed in August and billboards are planned, he said. People will need tickets to access the event, but they are free and available at participating businesses.

With the fairgrounds rented and the vendors and sponsors now showing interest, Stith said the biggest hurdle might be the pandemic and where things stand in October. But “it’s a large enough venue where we can socially distance and require masks, if necessary,” he said. 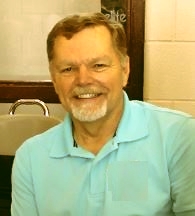 Stith, of Edwardsville (shown right), is the founder of One Legacy LLC, a company he formed several years ago to promote meaningful senior activities and collect the life stories of people in their retirement years.

One of his life’s best experiences, he said, has been meeting Verdu, who turns 81 this month and who has had a notable career at home and abroad.

Verdu’s philanthropy began as a teenager, working as a Catholic missionary for the Jesuit Papal Volunteers. It continued for more than 50 years as he helped hundreds of children in Belize.

His work began in 1961, at age 19, when he was invited to be schoolteacher in San Ignacio, Belize. He taught there for just two years but returned many times afterwards to visit the many close friends he met while teaching. While visiting, he witnessed many children with severe orthopedic disabilities. One, was an infant name Ian, the child of one of his friends. The child was in desperate need of help.

When he returned to the United States, Verdu met with several local businessmen to discuss the challenges he saw in Belize. One day he was introduced to the board at Shriners Hospital. When its members heard the story about Ian, they agreed to help by bringing the child to St. Louis for critical surgery, at no cost to the family.

“That was just the beginning,” Stith said. “To this day, Mr. Verdu is humbled and appreciative of the generosity of Shriners to have helped more than 400 children over the past 50 years.”

To further the effort, Verdu also collaborated with other local businessmen, including several members of Rotary Club (District 6510). The program began with bringing just a few kids here a year for surgery and evolved to bringing dozens or more per year, all managed by Verdu, who also enlisted several local families to host the children, often for months at a time, while they rehabilitated.

The amazing combination of caring and community collaboration became known as The Belize Children’s Project, which continues helping disabled kids to this day. For the past 15 years, Verdu has served as diplomatic Consulate of Belize for the Greater St. Louis area.

After leaving his teaching career, Verdu decided to focus on another true passion, that of helping the elderly.

After working as a social worker in East St Louis for a few years, he decided to study gerontology. A few years later he began teaching senior education courses part time at Southwest Illinois College.  He became such a skilled grant writer that the college asked to use one of the federal grants and launched a program to provide services for area seniors citizens. Programs and Services for Older Persons (PSOP) was founded in Belleville. Today, Verdu works as director at St. Clair County Office on Aging. He was inducted in 2018 into the Illinois Department on Aging’s Senior Illinoisan Hall of Fame for Community Service. He is also a former, longtime member of the SWIC board.

“Gene Verdu is a legend in St. Clair County. There are many senior programs that wouldn’t exist without Gene Verdu,” Stith said.

The two men met for the first time a couple of years ago. Verdu asked Stith to help him write a book to share stories with his nieces and nephews. Before too long they both agreed that it was more fitting to share the story with the world.

“He is referred to as Uncle Gene because he has 27 nieces and nephews in the U.S., but also many friends and former patients in Belize that still call him Uncle Gene,” said Stith, who has accompanied Verdu on a couple of trips there and witnessed the affection people throughout the country have for him.

The autobiography called, “Uncle Gene Returns to Belize,” is scheduled for publication later this year and will be ready for presale at Love a Senior Day. In writing the book, Verdu’s only stipulation is that all proceeds will be donated to charity. His newly formed non-profit charity, called the Uncle Gene Foundation, will direct all proceeds to seniors and needy children in Metro East communities.

Creation of the Uncle Gene Foundation allows Verdu to continue his legacy of giving to those in need.

The Love a Senior Company (www.loveasenior.org) is a nonprofit organization founded by Carol Chiarito. Its mission is to celebrate aging through the sharing of ideas, stories and resources for the greater learning on how to tackle the future instead of fearing it. Its board is comprised of people who have been caretakers now or in the past.

The organization hosts one or two events per year like the one planned in Belleville. All proceeds go toward future programs and events for seniors. A donation is provided to the hosting non-profit organization. Love a Senior Company also produces a national podcast called Senior Moments (www.loveasenior.org/senior-moments/), hosted by Chiarito.

The Belleville Love a Senior Day will be the fifth such event put on by the organization. The event here was originally planned for 2020 but sidelined like everything else by the pandemic.

For more information about being a sponsor or vendor at Love a Senior Day, visit www.loveasenior.org/lasd.

Editor’s note: This story appears in the August edition of the Illinois Business Journal. To find other stories from the issue, go to the Current Edition link at ibjonline.com