A new law will provide taxpayers with more information about how well tax increment financing districts, or TIFs, are performing.

TIFs are an economic development tool aimed at clearing up blighted areas by allowing local governments to dedicate the new sales tax and property tax revenues generated by a redevelopment project to pay for improvements within the district. 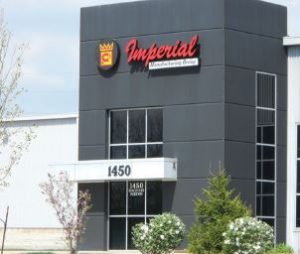 Those can include costs associated with redeveloping substandard, obsolete or vacant buildings, financing public infrastructure, cleaning up polluted areas, improving the viability of downtown business districts, rehabilitating historic properties and providing infrastructure needed to develop a site for new industrial or commercial use.

As of 2015, there were 1,238 active TIF districts in the state, according to TIF Illinois. According to Illinois Comptroller Susana Mendoza, who pushed for the bill, municipalities have been required to report certain financial information about the districts to the comptroller’s office, but there has been little information available about how effective they have been in meeting their goals.

House Bill 571, by Rep. Jonathan Carroll, D-Northbrook, and Sen. Ann Gillespie, D-Arlington Heights, begin reporting additional information including the number of jobs originally projected to be created in each district along with the number of jobs actually created; the actual amount of new revenue created compared to the amount originally forecast; and the stated rate of return for the project, which must be independently verified by a third party chosen by the municipality.

“This is a sensible plan to ensure taxpayers are presented with a more complete picture of whether promises made are promises kept when it comes to TIF districts in their communities,” Mendoza said in a statement about the bill.

Those were among 56 bills Pritzker signed into law Friday. So far, he has signed 160 bills from the 2021 spring session while 505 bills are still awaiting action.

PHOTO: File photo of Imperial Manufacturing in Alton. Aided by $6 million from the city of Alton’s first TIF program, Clark Properties invested $4.5 million during the development’s first phase in redeveloping the former site of glassmaker Owens-Illinois. Additional funding sources included $7.45 million in industrial revenue bonds issued by Southwestern Illinois Development Authority and a$500,000 loan from SWIDA for a total investment of slightly over $18 million.